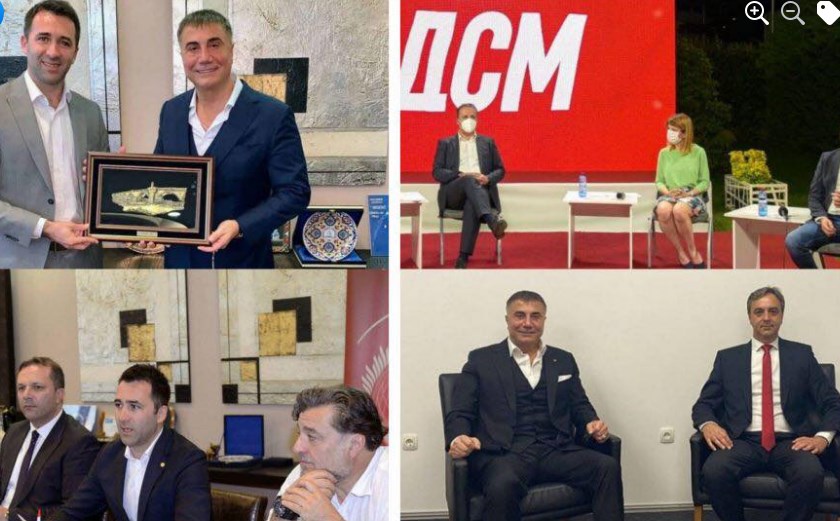 VMRO-DPMNE President Hristijan Mickoski leveled serious allegations at Zoran Zaev during his Kanal 5 TV interview this evening, accusing the Prime Minister of turning Macedonia into a base for the regional drug mafia. The allegations stem from the recent revelations that the Interior Ministry was issuing passports to regional mobsters, and from Zaev’s own direct involvement in the growing of the marijuana trade, which last week led to serious trafficking allegations.

We received the documents that the Interior Ministry is issuing passports to criminals from a whistleblower. We waited in vain for the Ministry to begin an investigation. Now they are telling us that the mere clerks who take your picture and your fingerprint, that they are to blame for the whole thing. Take the case of (Turkish mobster) Sedat Peker. We know where he was staying and who he was meeting while in Macedonia. Let the Government deny that he was meeting Government officials. He was sought on a warrant, 60 of his men were arrested in Turkey, and here we deport him not to Turkey but to Kosovo, where he was given a grand welcome. The Interior Minister must give a logical answer why this was the case, Mickoski said. The opposition leader noted the recent failed raids against two Albanian mafia gangs operating in Skopje, where the top bosses fled after they were tipped ahead of the raids, as evidence that the Interior Ministry is cooperating with the mafia.

Regarding the seizure of 200 kilograms of marijuana from a farm reportedly owned by Zaev’s cousin Trajce Zaev, Mickoski said that the Zaev regime is using drug money to buy votes. The drug shipment was being escorted by Trajce Zaev’s personal driver and the police commissioner of Prilep.

We publicly warned about the commissioner ahead of the 2020 elections. This are Zaev’s foot-soldiers who intimidate voters, pressure them, blackmail and bribe people while wearing the uniform. They are the ones who buy the elections, Mickoski said.
He pointed to the fact that Zaev gave between 20 and 30 marijuana growing licenses, turning Macedonia into the narco-hub of Europe.