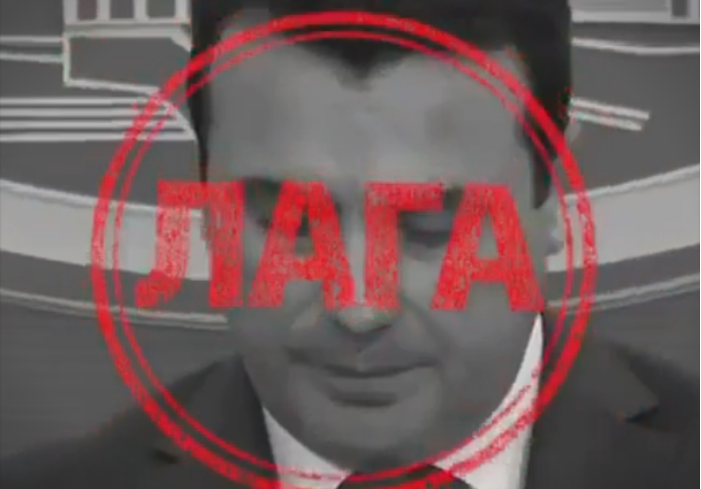 Aleksandar Mitovski, the editor of Infomax.mk who published four audio leaks revealing Zoran Zaev’s abuse of the judiciary and the ostensibly independent civic protest groups, says that he expects additional leaks to be made public soon. Mitovski said that he was given the tapes by a whistleblower who will remain anonymous for now.

As far as I have been informed by the whistleblowerr, there is a lot more to come. Zaev and his PR team are currently trying to minimize the damage using bad jokes and sarcasm. I have no idea where it is coming from, the idea to respond to serious allegations of criems wih sarcasm. This are not the usual allegations of corruption or bribery, but they clearly indicate influence peddling and illegal trading with wiretaps, extortion of businessmen and politicians such as Ali Ahmeti, Mitovski said.

The tapes were posted on an anonymous Youtube account on Saturday and their publication was announced on the Infomax news site. They show Zaev talking in a restaurant with an unidentified male companion, and were probably made on different occassions. In one of them, Zaev’s friend tells him that the voters will reject SDSM party and that he’s fooling himself if he thinks Macedonians will support him, at which Zaev swears at the voters. The tape may have been recorded ahead of the December 2016 elections, which Zaev lost despite running an unprecedented campaign of destabilization and propaganda using illegally recorded wiretaps of his political opponents, but was able to form a Government owing to the help of international diplomats and ethnic Albanian voters and parties.

In another tape he brags how the numerous and well funded NGO groups, which he refers to as “those funded by (George) Soros” were all under him. Zaev’s SDSM party coordinated its Colored Revolution campaign centered around the publication of the wiretaps with dozens of these left wing groups, many of whom are funded by Soros and foreign governments through their “democracy promotion” programs.

This prompted an angry response from Vladmir Milcin, the former head of the George Soros funded Foundation Open Society Macedonia. FOSM linekd groups were instrumental in organizing much of the Colored Revolution protests that helped bring Zaev to power. Milcin shared a series of photographs of Zaev and other top SDSM officials in the company of suspected racketeer Bojan Jovanovski – Boki 13, with a comment announcing that they will soon be held accountable for their crimes. 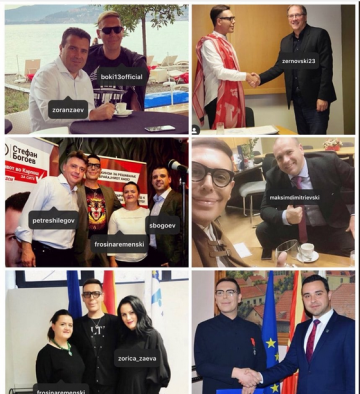 Zaev also brags in the tapes about his control over the Special Prosecutor’s Office, which was used to arrest and intimidate his political opponents. His interlocutor at one point objects that the SPO is going after businessman Jordan Orce Kamcev, to which Zaev curses Kamcev’s mother. Kamcev eventually got the upper hand as Special Prosecutor Katica Janeva used her case against him to extract money – which Kamcev recorded. The evidence Kamcev presented against Janeva led to her arrest, the abolition of her office and created a major racketeering scandal with links leading straight to Zaev.

In the tapes, Zaev confirms that he gave some of the wiretaps he was using to spark the Colored Revolution to a small time Albanian gangster from Skopje, who served as his translator from Albanian. The man was later arrested for creating forgeries that Zaev was planning on using against the VMRO-DPMNE party, during which tens of thousands of illegal wiretaps were also found in his possession. The tapes were all supposed to be given to Janeva for safe keeping and responsible investigation and prosecution, but Zaev confirms that he shared them with the underworld where they were apparently used for blackmail