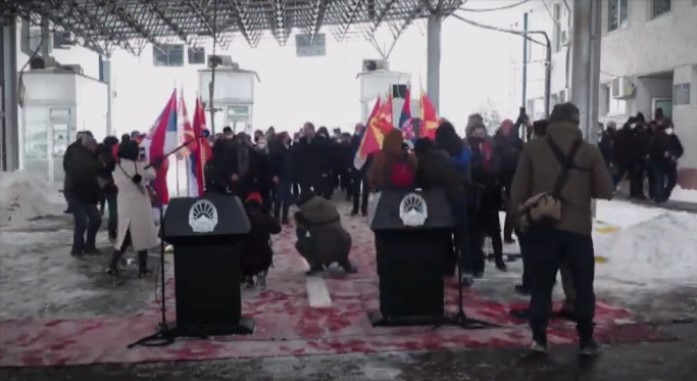 The heavy snow that fell on Macedonia over the weekend badly disrupted traffic, caused fatalities and added to the difficulties the citizens are facing because of the coronavirus pandemic. Even at the ceremony held at the Tabanovce border crossing, where Serbia delivered a donation of nearly 5,000 Pfizer vaccines, dignitaries were forced to jump around piles of wet snow to get to the messy red carpet.
The rest of the country was in much worse shape, with major highways and boulevards completely useless or dangerous to drive through. Some cities in Macedonia produced bizarre images, such as municipal employees in Tetovo or Skopje’s Gjorce Petrov sent out to throw salt by hand or with small shovels onto the roads, instead of doing this with machines. To make matters worse, the cities and municipalities have lavish contracts with private companies tasked to clean up the streets from snow. 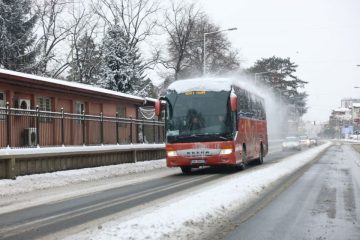 Gjorce Petrov Mayor Aleksandar Naumoski paid 100,000 EUR to a company only to have machines ready once the snow falls. “The company is paid a monthly premium regardless whether there is need for its services, and additional payment per hour of work once the snow falls. For that sum of money, the streets should’ve been completely clean on Saturday”, said Lence Neloska from the local VMRO-DPMNE branch. In Kumanovo, VMRO-DPMNE revealed a contract the city signed with the KOOP Engineering company for 107,000 EUR, stating that the company is linked to the ruling SDSM party, and obviously did not do its job. 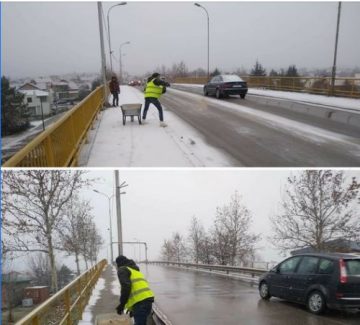 Faced with strong criticism, especially after he boasted that the city is fully prepared at the start of the winter, Skopje Mayor Petre Silegov held a crisis meeting today and insisted that all major boulevards are clean. “Overnight we used 1,000 tons of salt on the streets and boulevards”, Silegov insisted, even as pictures of snowed in streets poured from all parts of the city.

Will he keep his promise to resign? Zaev expected to address the public shortly

Skopje: Silegov believes that the higher turnout will favor him