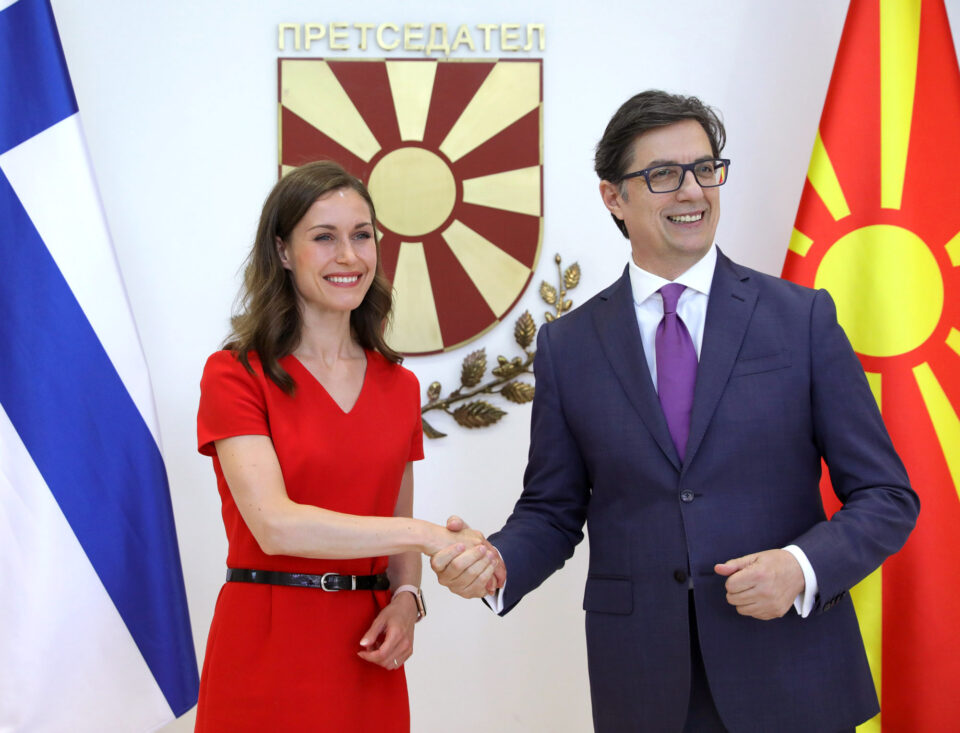 At the meeting, Pendarovski welcomed the tendency to improve political relations with Finland and thanked them for their consistent and continuous support of Macedonia’s European integration and EU enlargement policy, as a process of strategic importance for the region.

In that regard, opinions were exchanged on the forthcoming EU Council and the blockade from Bulgaria, with the President emphasizing that the enlargement process should not be held hostage to the internal political situations of the Union member states.

In the direction of stability and security on the European continent, President Pendarovski welcomed Finland’s application for NATO membership. We are a strong supporter of NATO’s open door policy and unconditionally support Finland’s membership in the Alliance, which will strengthen security not only in northern Europe but in NATO as a whole, the statement said.

The meeting also discussed ways to expand bilateral co-operation with Finland and address the geopolitical challenges posed by the Ukraine crisis.

Pendarovski – Pahor: Formal start of accession talks with Macedonia must be an imperative for EU

Pendarovski: Words from the EU and Bulgaria are not enough for us, we want guarantees on paper