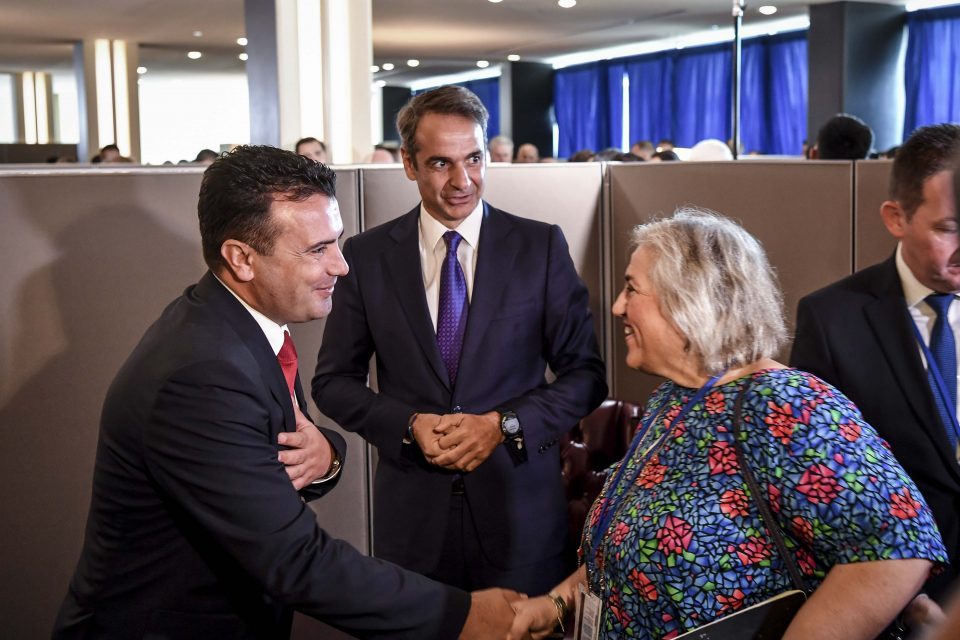 Prime Minister Zoran Zaev is kicking off a two-day working visit to Greece, where he will participate on Wednesday in a panel discussion of The Economist conference.

He is also scheduled to have working lunch with his Greek counterpart Kyriakos Mitsotakis and to meet President Katerina Sakellaropoulou, MIA’s Athens correspondent reports.

On the sidelines of the conference “24th Roundtable with the Government of Greece”, the PM will also meet Greek businessmen, the government said, adding that Bytyqi and Dimitrov will also hold meeting with their Greek counterparts. Minister Osmani is to hold talks with Greek Foreign Minister Nikos Dendias.

On Wednesday, Zaev will take part in a panel on the Western Balkans, held as part of the conference organized by The Economist. Later in the day, he is scheduled to meet President Sakellaropoulou before having working lunch with the Greek Prime Minister.

European perspective, bilateral ties and issues stemming from the Prespa Agreement will be some of the topics to be discussed by the two leaders, announced government spokesman Stelios Petsas when asked by MIA’s correspondent.

The panel, with Macedonia’s Zaev and Albanian PM Edi Rama in attendance, will focus on EU enlargement, reforms to be implemented and enhancement of trade and investment.

In 2019, now ex-FM Nikola Dimitrov represented Macedonia at the 23rd edition of the conference.