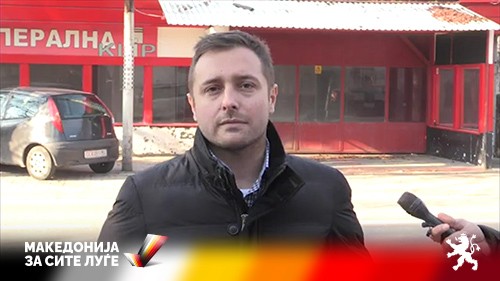 The bankrupt Communist era retail giant “Slavija”, which still has property across Skopje, has a downtown store that is worth over 218,000 EUR, which is the asking price for the entire company, said VMRO-DPMNE spokesman Dimitar Arsovski.

The opposition party is accusing the Zaev Government of trying to sell the property owned by “Slavija” to real-estate developers linked to the SDSM party for pittance. A key piece of property is the old “Slavija” office building in the Gazi Baba district of Skopje, an area popular with several developers politically linked to SDSM. But the smaller property, on “Franklin Roosevelt” street in downtown Skopje, alone is worth more than 218,000 EUR, Arsovski said.

Objective estimates put the value of just this lot at 300,000 EUR. What the Government is trying to do is criminal, it is giving away state owned property to people close to the SDSM party, Arsovski said.