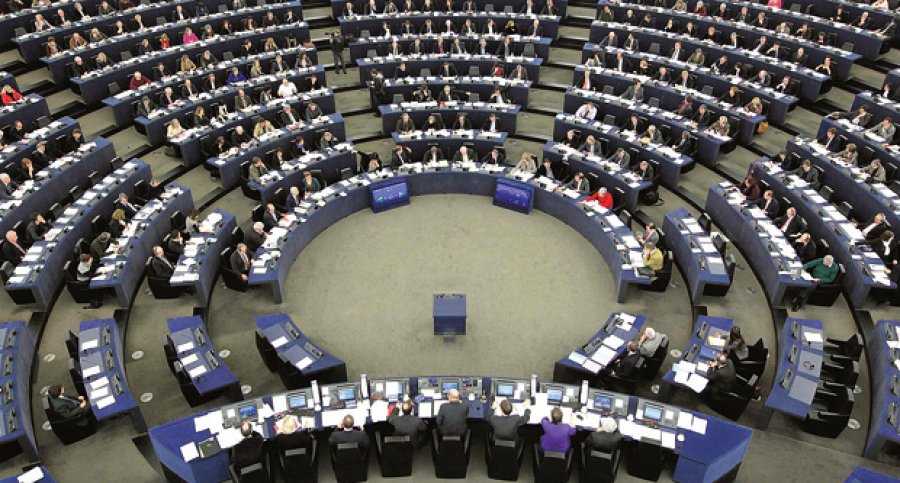 The amendments of Bulgarian MPs Aleksandar Yordanov and Sergey Stanishev, who requested to delete from the recommendations of the Joint Parliamentary Committee of Macedonia and the EU that the Macedonian cultural identity is respected and the recognition of the Macedonian language is guaranteed, were rejected by the majority of MEPs in Strasbourg.

To the statement of Bulgarian MEP Yordanov, in which he indicated that the Macedonian Constitution should be changed in order to start negotiations with the EU, MP Sonja Mirakovska responded:

You can never tell me or my fellow citizens that they are speaking the wrong language. I am Macedonian, I speak the Macedonian language and I live in Macedonia, which is now called North Macedonia, and that is my identity.

She added that mutual understanding and respect are needed and that Bulgaria cannot tell Macedonian citizens that they speak the wrong language. Mirakovska emphasized the multi-ethnic character of Macedonian society, which is an example in Europe.

I recognize my fellow Albanians, Turks, and Bulgarians if there are any. Macedonia is an example of a multi-ethnic society. Here are our colleagues who can confirm that. One big problem arose because of our long wait, and that is getting Bulgarian passports: to buy a jeep at the beginning, to go to Europe, stressed Mirakovska.

The Macedonian MP explained how Macedonian citizens got Bulgarian passports and how this is a problem for Bulgaria that needs to be investigated.

She urged that the upcoming crisis is an opportunity for people to look each other in the eye and shake hands.

The Vice Prime Minister for European Affairs, Bojan Maricic, after the address of Bulgarian MEP, Angel Dzhambazki, who spoke about the relations between Macedonia and Bulgaria, said that two truths should be accepted in both countries, namely that “World War II ended over 70 years ago, and secondly that the Cold War ended over 30 years ago.”

Because it seems we haven’t learned the lesson that all the misfortunes in the Balkans in the last 30 years resulted from not accepting these two truths. It’s a load on both sides of the border. And the battle is neither national nor ethnic between Macedonia and Bulgaria. Here is the battle between those forces who want these two countries to live in peace, friendship and with a common European future, as we are today allies in NATO, and those who want to profit from an eternally frozen or heated conflict, depending on the need between our two nations, our two states which are neighboring and very close, and which is only natural to be close, Maricic repeated.

He reminded that good neighborly relations and the deepening of regional cooperation are high on the Government’s agenda, as it is of common interest to both Macedonia and Bulgaria, adding that the country remains committed to goodwill in order to implement and further strengthen bilateral agreements. good neighborly relations, with as few emotions as possible, and as many facts and joint activities as possible.