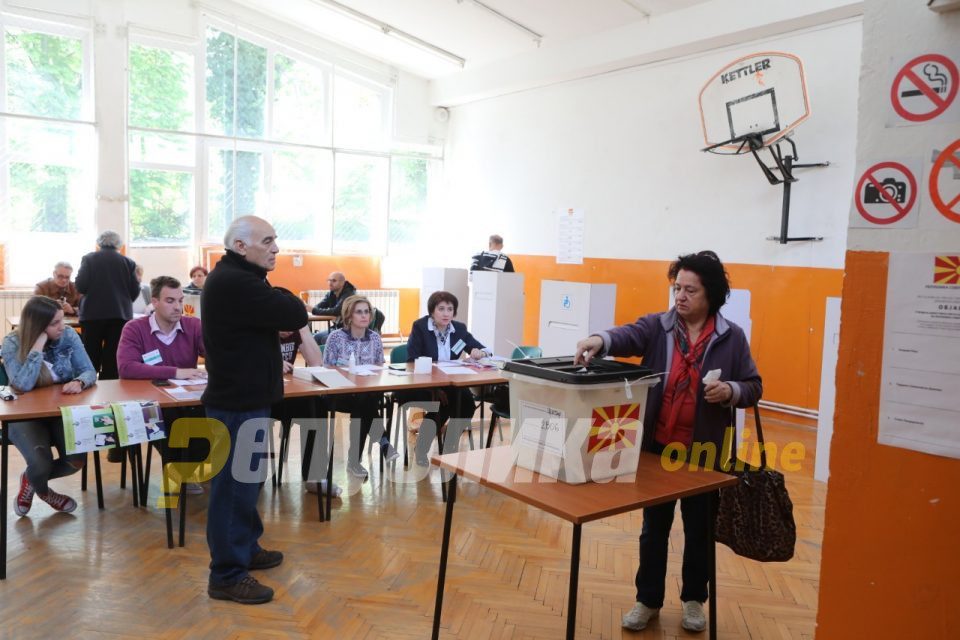 The tenth parliamentary and fifth early election is taking place in Macedonia on Wednesday. 1,814,613 voters are eligible to cast their ballot in 3,480 polling stations. These are the first elections in the country taking place during a pandemic, the voting process spans three days and polling stations on Wednesday will stay open two additional hours. July 15, has also been declared non-working day for all citizens.

Voters cast their votes in secret, by encircling the ordinal number on the ballot before the party or the coalition that had submitted the list of candidates.

All election participants and voters are urged to adhere to coronavirus preventive measures, wear face masks, practice social distancing and disinfect their hands before entering and exiting polling stations.

The diaspora will not take part in these elections, an insufficient number of Macedonian nationals living abroad had registered to vote. However, they will be able to cast their ballots if they’re currently in Macedonia.

The State Election Commission (SEC) said Tuesday that 7,861 homebound and infirm, 1,235 inmates, and 234 persons in retirement homes exercised their voting right on the second day of voting at the early parliamentary elections.

The voting process started on Monday, when 723 COVID-19 patients and people in self-isolation cast their ballots.

Early parliamentary elections in Macedonia were previously scheduled for April 12, but were postponed due to the coronavirus pandemic.

SEC called on all election process participants to abide by coronavirus protective measures and respect democratic standards for fair and free election. No incidents were reported during the first two days of the voting process and COVID-19 preventive measures were followed.

For several weeks, over 100 new coronavirus cases have been registered in Macedonia daily. However, the country has been without Parliament since February, governed by a caretaker government, whose primary function is to organize fair and democratic election.