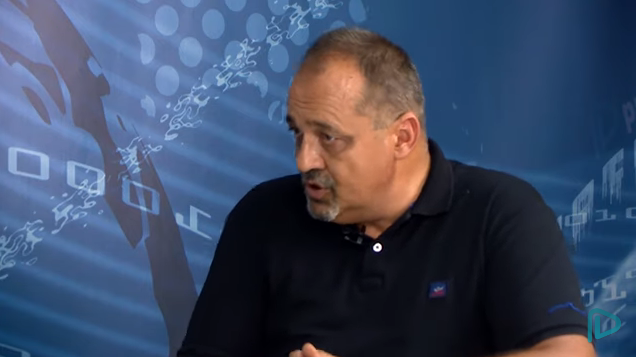 Lawyer Zvonko Davidovik, who was a onetime strong supporter of Zoran Zaev and his Colored Revolution, believes that following the decision by a Swedish court to refuse an extradition request for a defendant in the April 2017 trials, it is clear that the prosecution failed to prove the far fetched charge of terrorism.

About two dozen opposition officials and activists are tried for “terrorism” over the storming of the Parliament on April 27th 2017, in protest against the irregular vote to appoint Talat Xhaferi as Speaker of the Parliament. Some of the defendants were pardoned after joining Zoran Zaev and voting in favor of the imposed name change, a few were amnestied as political prisoners, and 16 were given lengthy prison sentences while one, Dejan Davidovski, recently won his case before a court in Sweden which refused to extradite him to Macedonia.

This decision by the court in Sweden proves that the qualification of the crime, the demand that they are sentenced for terrorism, is wrong, that the prosecution is wrong and that they can’t point out to elements of the crime they are charging. All the lawyers agreed on this and now this is proven by the Swedish court, said Davidovik, who defended some of those charged in the case.

The Swedish court elaborates its decision in 18 points, chief among which is the claim that the case is not being tried fairly and lawfully before the Macedonian court, adds Davidovik.

Earlier, one of the political prisoners prosecuted in this case, Bogdan Ilievski, said that following this decision, all defendants have a chance to finally see justice in one of the biggest political show trials in the country.

We will have justice for the April 2017 trials, Bogdan Ilievski says after Sweden grants protection to one of the defendants