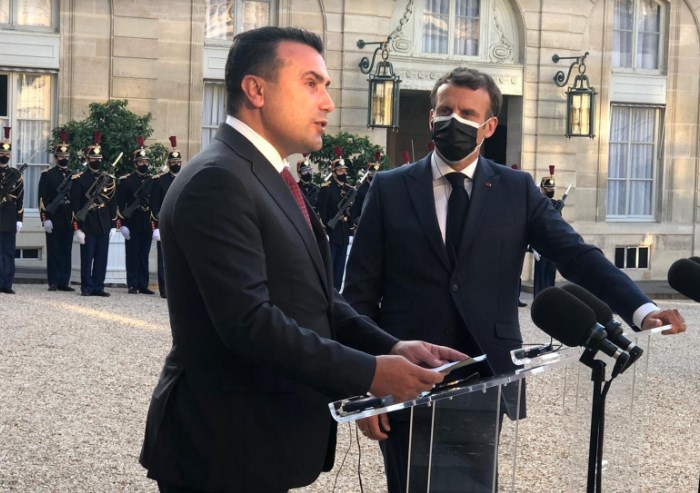 Yesterday, Prime Minister Zoran Zaev met with French President Emmanuel Macron in Paris. The first man of France and one of the most powerful in the European Union said that Macedonia deserves to start negotiations without delay without directly mentioning the dispute that our country has with Bulgaria.

It is time to act on this decision and we will work to find a solution to open the accession talks, stressed Macron.

But it was Macron and France that blocked the date for the talks, one of the many dates Zaev boasted he had received.

At that time, France demanded that a new negotiation methodology for the candidate countries be adopted first and only then that a date be set for Macedonia and Albania. 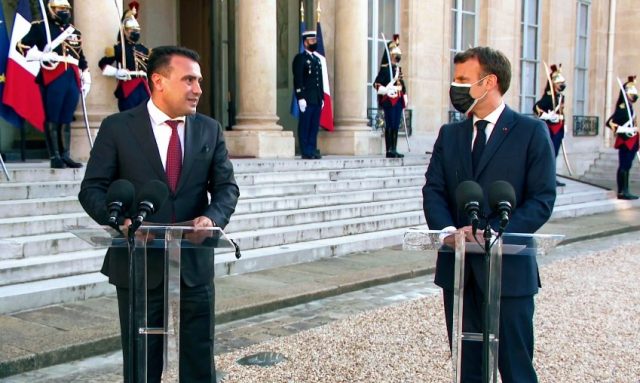 Almost three years have passed since then, but the date has never come. In the meantime, Bulgaria came on the scene demanding that we accept that we speak a Bulgarian dialect, that until 1944 we were Bulgarians and then Tito make Macedonians in order to start negotiations.

And yes, also that Goce Delcev and the Ilinden people are Bulgarians. Just that.

What can be noticed is the support that Zaev receives from European leaders in anticipation of the Council’s decision whether to allow the start of negotiations, of course if there is a solution to the dispute with Bulgaria.

This very much resembles the situation we had before the name change referendum in September 2018. Even then Zaev was a European favorite. Angela Merkel, Sebastian Kurz, Theresa May lined up in Skopje and Macron sent us a video greeting. 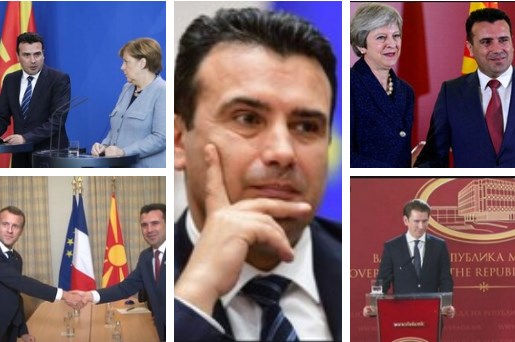 All European leaders were convincing the people how good it was to change the name and that immediately afterwards we would start accession negotiations without delay. Three years later, instead of negotiations, Macedonia got another “Greece” in the image and work of Bulgaria.