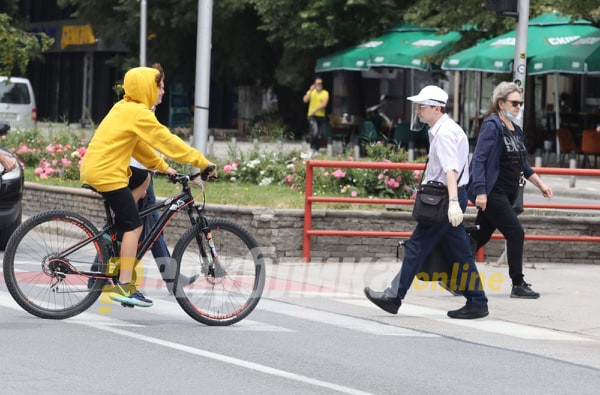 Three patients died in the past 24 hours from the coronavirus in Macedonia. Two of them died in Skopje’s “8th of September” hospital – both male patients, one aged 43 and the other – 72. In Stip a female patient died aged 76. This brings the death toll of the epidemic to 385.

The two key hospitals in Skopje who treat Covid-19 patients admitted 13 new patients and currently care for 180 patients. Four of them are on mechanical ventilation and 52 receive supplemental oxygen. There are also 23 adult patients in the Kozle clinic in Skopje and six children.

Stip is overburdened with 54 patients in its regional Covid center, and 28 are treated in Bitola. Through other general hospitals across Macedonia there are 110 hospitalized patients, who generally have lighter symptoms.

The Healthcare Ministry conducted 973 tests over the past 24 hours and found 88 new coronavirus cases. Most of them – 30 – were in the capital Skopje, while Stip and Struga also had high numbers – 13 and 11 respectively.

There are currently 3.486 active cases, about half of them in Skopje, with Tetovo, Kumanovo, Struga, Stip and Gostivar also having significant numbers of infections. In Skopje, Cair remains the worst affected municipality, although it has dropped by about a quarter compared to the previous weeks. There are 302 active cases in Cair, 199 in Gazi Baba, 162 in Aerodrom, 145 in Karpos and 138 in Centar – the areas are affected mostly by high density and by disregard for social distancing norms during the Muslim month of Ramadan.