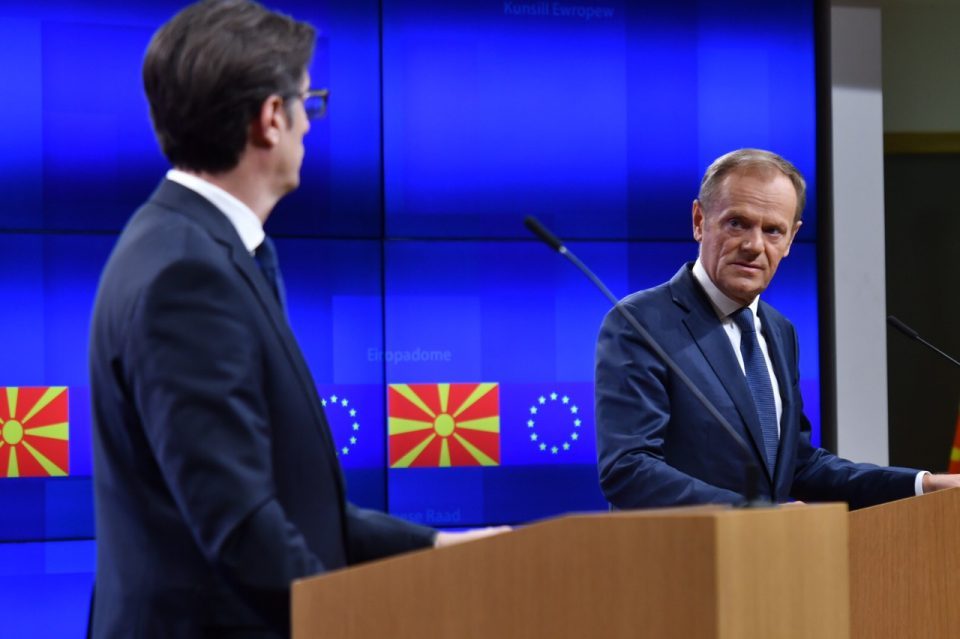 I don’t want to prejudge EU decisions. You have done everything that was expected of you. But I want to be honest with you – not all member states are prepared to make the decision on opening negotiations in the coming days, Tusk told Pendarovski.

After the humiliating name change, Macedonia presumably lifted the Greek veto which has blocked opening EU accession talks since at least 2009, but now much greater EU countries like France, the Netherlands, Denmark, and even Germany are objecting to the accession talks. A major pledge by Zoran Zaev and Pendarovski, while they were imposing the name change, was that accession talks will begin in June, a move which Zaev now acknowledges is out of reach.

Tusk comforted Pendarovski that the decision will eventually be reached, and that it’s a matter of “when, not if”.

Pendarovski, who recently warned the EU that a migrant wave which will include criminals from Macedonia can come EU’s way unless accession talks begin, told Tusk that “North Macedonia” deserves this.

– We received the best and most positive EU progress report for our country. We were pointed out as a shining example in the Western Balkans. We resolved decades old issues. We made brave decisions for many sensitive issues. We are aware that we have many more faults and that a lot of work is needed, but we are the most efficient when we have a task before us, Pendarovski said.

Zaev meets Chancellor Merkel tomorrow and said that the meeting will determine his next steps, which may include his resignation.