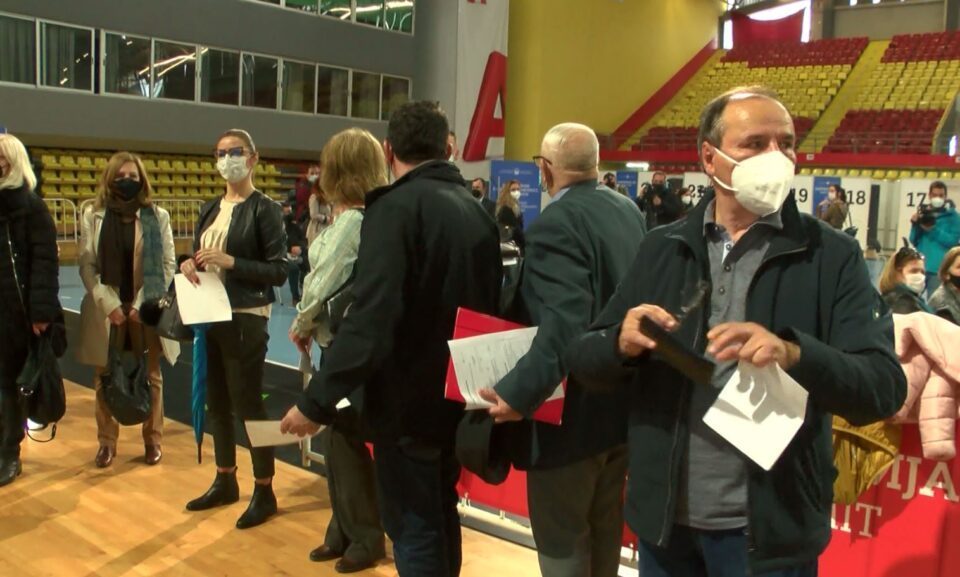 About two thirds of Parliament members were vaccinated yesterday, when the Healthcare Ministry organized a priority vaccination drive. The institution was barely functioning in the past months, as frequent outbreaks often prevented the slim SDSM led majority from even convening a session of Parliament, let alone passing legislation.

The vaccination was followed by controversy – many in the public protested that the members of Parliament are given priority for vaccines, regardless of their age and healthcare situation. The announcement that they will be given the scarce Pfizer vaccine also caused angry remarks, and the Healthcare Ministry decided to make a switch and have them vaccinated with Sputnik, prompting some of them to react against Healthcare Minister Venko Filipce.

Speaker Talat Xhaferi said that he expects work in the Parliament to be normalized in May. Speaking to the press, he defended his decision to allow two SDSM members of Parliament who were infected with the virus to come to work in hazmat suits and attend a vote. Xhaferi insisted that he got clearance for this very controversial move from the head of the Infectious Diseases Committee Zarko Karadzovski. Opposition parties submitted proposals for criminal charges against Xhaferi and the two members of Parliament.