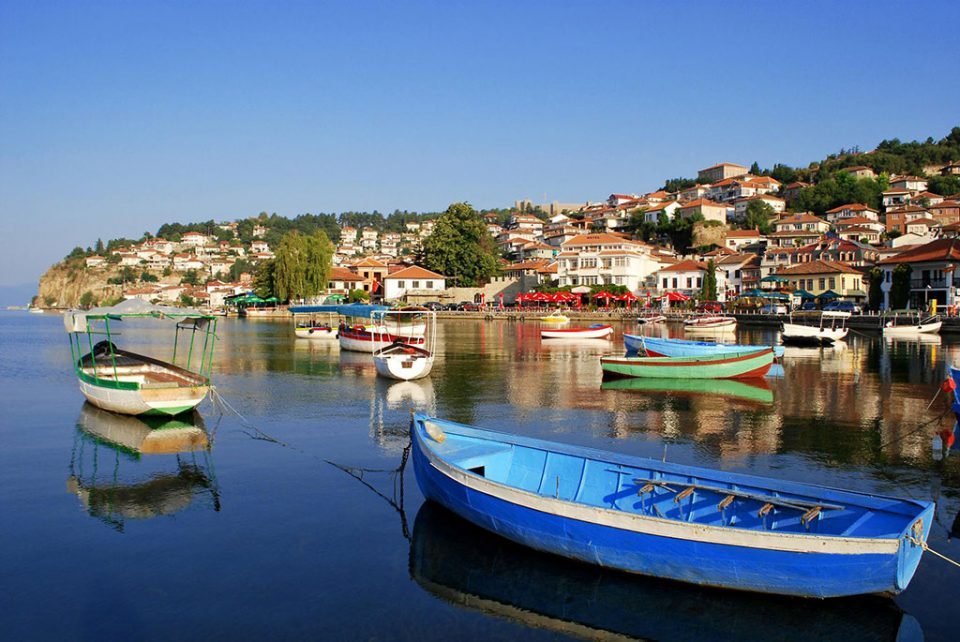 UNESCO recommends that the region of lake Ohrid is declared an endangered world heritage site. The proposal is contained in a report which will be put to vote in June in Baku.

Ohrid is Macedonia’s main tourist destination and the UNESCO designation as part of the world heritage is taken as a serious challenge to preserve its natural and cultural beauty. But, listing it as endangered emphasizes that Ohrid is being badly mismanaged.

A series of fires were reported this year, in a clear attempt to destroy the patches of reeds which serve an important environmental role, to make way for commercial development of the shoreline. Unlawful construction is rampant, including by top local officials, and even the new Mayor is reportedly preparing to develop a large commercial project close to the shore.

And in the old city, protests took place yesterday to stop the construction of a large mosque minaret which will dominate over the old bazaar. Desperate for votes from the Albanian Muslim community, the Zoran Zaev Government gave the go-ahead for the construction, which local residents say will damage Ohrid’s position as one of the most important Orthodox Christian pilgrimage sites.