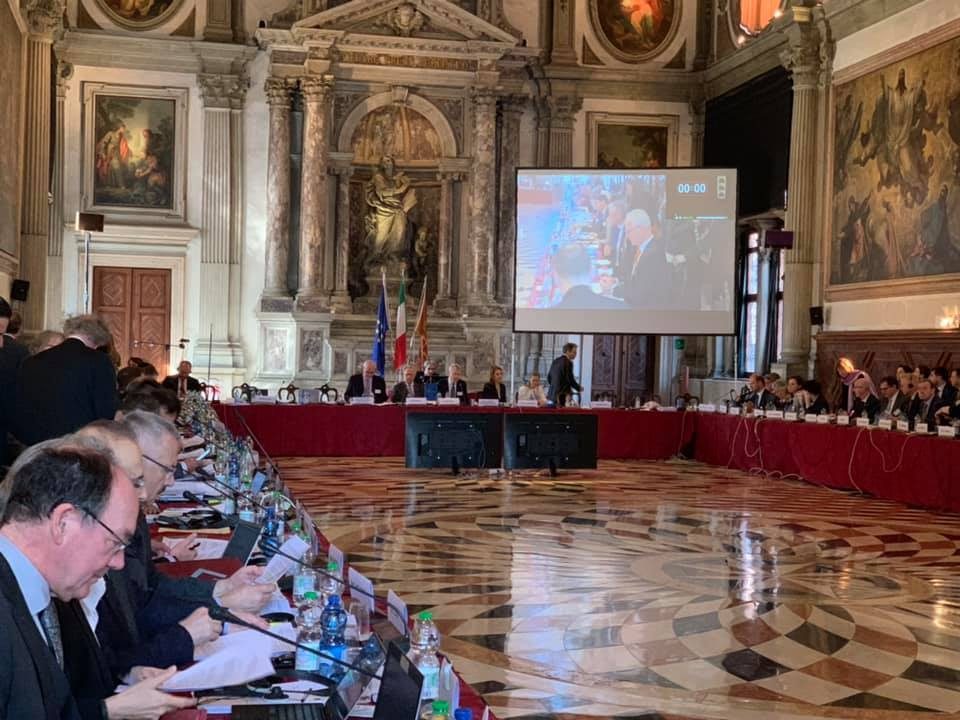 Law professor Tanja Karakamiseva, who is the Macedonian representative in the Venice Commission, published a list of most important conclusions which the Council of Europe body reached with regard to the controversial law to introduce full bilingualism in Macedonia, with official use of the Albanian language. The Venice Commission strongly criticized the law that was adopted by the Zoran Zaev led coalition, as a condition imposed by several ethnic Albanian parties that support Zaev and helped him form a Government despite his 2016 electoral loss.

The Commission expressed strong criticism at the way in which the law was pushed through Parliament, using the emergency procedure which cuts short the time for debating. Of the 80 amendments submitted by the opposition, only a few of them were discussed. The opinion notes that there was no extensive and inclusive public debate on the law. The Commission was informed, by interlocutors, that the law was adopted as part of the coalition deal between the SDSM and DUI parties, and this prevented an appropriate consultation with smaller ethnic communities. There was no analysis of the alleged weaknesses of the 2008 law, which were cited as reason for adopting this new law, Karakamiseva writes in her remarks published after yesterday’s discussion in Venice and the publication of the opinion of the Commission.

This extremely broad list of areas makes the law confusing and raises the issue of imposing the use of the Albanian language on private companies, the Venice Commission found.

Karakamiseva writes that another major issue which the Venice Commission has with the law is that it will complicate judicial procedures with its imposition of bilingualism in the judiciary. According to the Commission, this will drag out court cases and will violate the right to trial within a reasonable timeframe.

Other issues with the law, Karakamiseva writes, include the lack of any readiness on the ground to implement it, such as having qualified staff to do translations of Macedonian language documents in Albanian in parts of the country where few Albanians live. The earlier 2008 law on the use of languages, and the Constitution, limit the use of the Albanian language to areas where it is needed – where a sizable Albanian community exists, but the new law, pushed forward by Zaev, makes the entire territory of Macedonia fully bilingual.

Karakamiseva says that, to meet the recommendations of the Commission, the Government and the Parliament will have to remove the clauses that impose bilingualism in the judiciary, to limit the scope of the use of the Albanian language in administrative matters to written communication or delay its use until sufficient resources are placed on the ground, to re-examine the law until it covers other minorities as well and to postpone the use of sanctions contained in the law.

Outgoing Prime Minister Zoran Zaev insisted that if the Venice Commission opinion is negative, he will withdraw the law and implement the Commission’s recommendations.