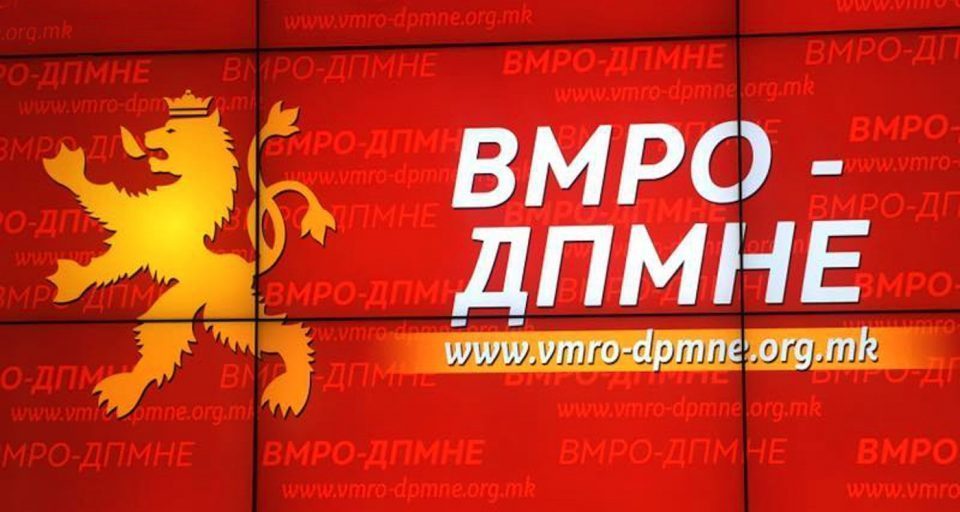 VMRO-DPMNE demands that the investigation into the Boki 13 – Katica Janeva scandal is expanded and includes the officials in the Zoran Zaev Government who provided the political backing to the extortion group.

At least two top officials of the SDSM party were named as involved in the extortion. The group would demand money from businessmen who faced prosecution by Katica Janeva. They were told to donate money to charities ran by Bojan Jovanovski – Boki 13, or purchase ads in his 1TV station, and in exchange Janeva would drop the charges.

The public needs to know who are the two SDSM party officials from this racketeering group. Are attempts being made to shield them from responsibility?, VMRO-DPMNE asked.

VMRO-DPMNE also demands that Janeva is detained given the flight risk, and the risk that she will destroy evidence of her involvement in the racketeering and extortion, the party said through a press release. Janeva asked for a sick leave from the Special Prosecutor’s Office and deposed a time delayed resignation, mere hours after Boki 13 was arrested during his attempt to flee to Greece. Janeva has not been charged yet, but the one phone she was able to produce was seized, as was the personal computer of her son Lazar Janev, who works in 1TV.

Why are state prosecutors covering for Katica Janeva? We need to have a thorough investigation and uncover all who were working with this criminal and corrupt Special Prosecutor’s Office. The arrests of Boki 13 and Zoki Kicheec alone mean that the head of the criminal octopus is being protected. The SPO, SDSM and Zaev have completely eroded the rule of law and our institutions. We demand that the investigation is broadened, and that Katica Janeva is detained, the opposition party said in its press release.