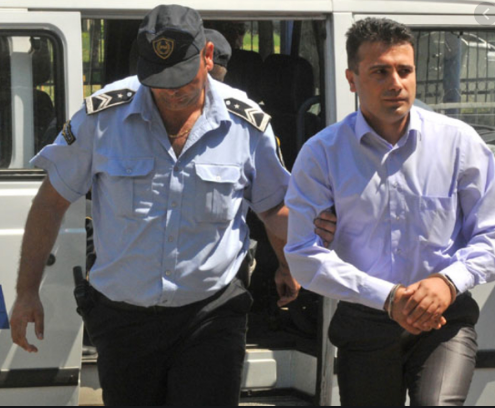 The attempted interrogation of opposition leader Hristijan Mickoski, who sent a lawyer to represent him before the police officers asking to question him over a minor coronavirus restriction violation, raised the issue whether SDSM party leader Zoran Zaev will eventually be questioned over the numerous corruption scandals he is facing.

Last week Zaev all but challenged Interior Minister Nake Culev to have him questioned before the elections. Zaev faces corruption allegations from one of the key Racket suspects Bojan Jovanovski – Boki 13, and various scandals erupt every day, whether it is the involvement of his healthcare chief Den Doncev in extortion or Zaev’s links to a Russia supporting businessman from Montenegro.

Interim Prime Minister and Zaev loyalist Oliver Spasovski today said that all politicians named in the on-going leaks should be investigated. Spasovski meant his statement to be seen an attack on Mickoski, but given the extensive allegations against his own party leader, he may come to regret it.