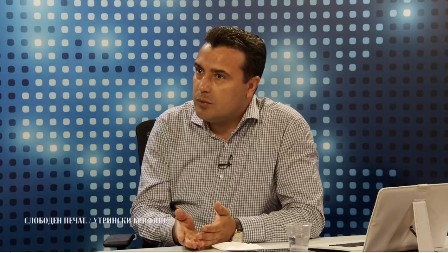 It was difficult for us to work with DUI during these years, they have been in power for 17 years, doing their own thing, and it is good for the party to reform after going into opposition. This will be good for them, for the country, and the same goes for VMRO-DPMNE, says SDSM leader Zoran Zaev.

One society for all is our concept , and I am aware that people need time, both Macedonians and Albanians. This is the first multiethnic coalition, 32 parties supported Stevo Pendarovski’s nomination and we continue to grow both as parties and coalition. I would consider it a success if we won the sixth electoral district ahead of DUI and the Alliance for Albanians. According to our projections, we will win 6-7 MP seats, they should get 5 seats each because they aim for ethnic Albanians only, while VMRO-DPMNE can get 2-3 seats since they focus only on votes of ethnic Macedonians. I told Mickoski a long time ago they will lose as long as they continue to use this destructive policy, Zaev said on the “Utrinski brifing” show.