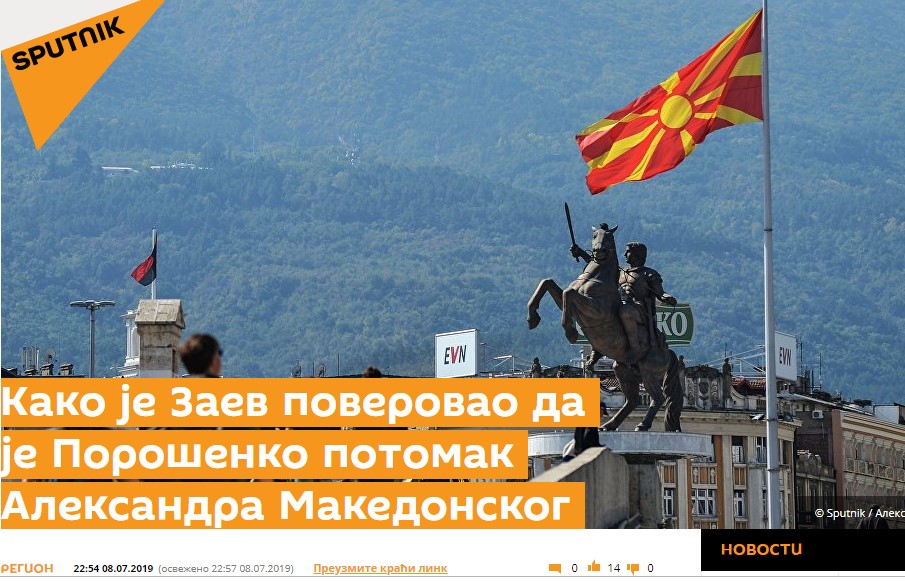 The prank conversations between Zoran Zaev and Russian comedians Vovan and Lexus include a moment when Zaev agrees to the request to pay a bribe to the Ecumenical Patriarch Bartholomew of 100.000 EUR.

The two Russian jokers called Zaev pretending to be Ukrainian President Petro Porosenko and NATO Secretary General Jens Stoltenberg, and managed to establish a relationship with him. Over months, Zaev had a number of conversations with “Porosenko”, and at one point he agrees to a proposal from the Russian comedians to pay 100.000 EUR in bribes.

It’s no problem, it’s ok. There will be a donation in cash, normally. We’ll do it, Zaev replies to the Russian comedian.

“Porosenko” tells him that he can get him a discount with Bartholomew and he only needs to pay 100.000 EUR for the recognition of the Macedonian church by the Patriarch.

Zaev insists that he was promised help from Alexis Tsipras to secure the recognition, and frequently cites that the Patriarch is Greek and therefore the then Greek Prime Minister will help in the matter. But, “Porosenko” names a number of American diplomats he says helped Ukraine receive its recognition, advises Zaev to go to them, but also to not forget the “donation”.

Today’s testimony by SPO prosecutor Lile Stefanova in relation to the “Racket” case undoubtedly takes us back a year to remind ourselves of what happened to the capacity of the special prosecutor, which for the then prime minister was an unconquerable fortress. I do not give up on...
Macedonia 27.01.20 | 15:53