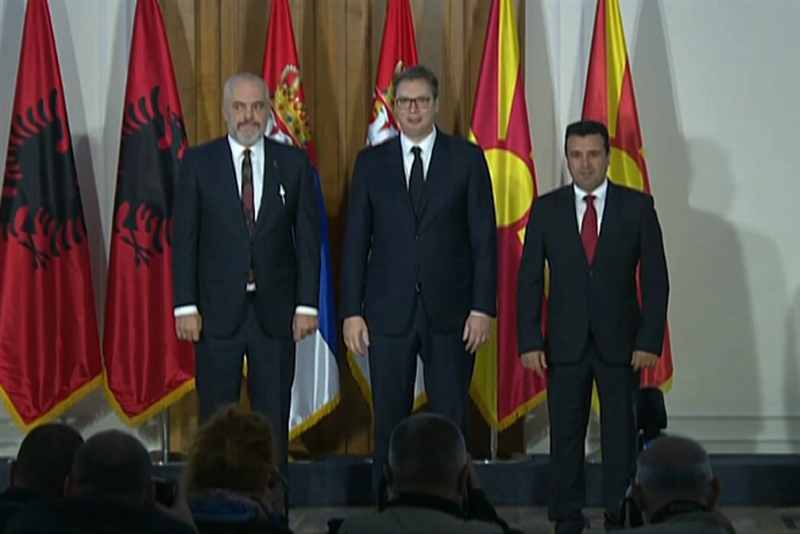 Macedonia, Serbia and Albania signed on to a plan to abolish all border checks by 2021, as part of a plan for a regional, Balkan Schengen zone.

The ultimate goal of this enterprise would be to use some of the best practices to finally put an end to customs barriers on our borders and to allow the free movement of goods, people and services in the region of the Western Balkans. The first step would be to remove border checks and other obstacles to free movement in the region as soon as possible, and no latter than 2021, the joint declaration states.

The three countries were at pains to insist that this is not an alternative to joining the European Union, the prospect of which continues to be distant and doubtful.