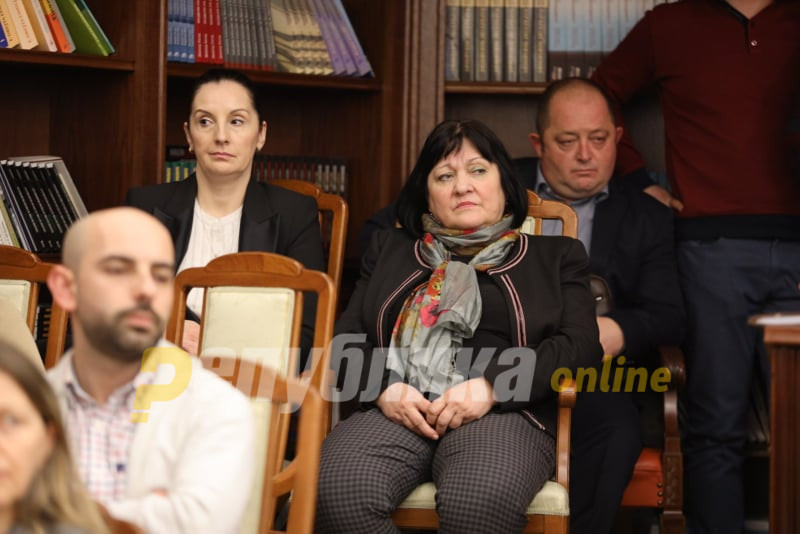 Some of the former VMRO-DPMNE party members used the closer than expected elections to again call for a change in the party leadership. The calls came mainly from the Gang of eight, the group of eight members of Parliament who were bribed and blackmailed by the Zaev regime into voting for the name change and has since continued to present itself as part of VMRO and to try and create factions inside the party. Kavadarci Mayor Mitko Jancev, who is close to this group, also made statement in this regard.
Emilija Aleksandrova, a member of Parliament seen as close to former security chief Saso Mijalkov, called on party leader Hristijan Mickoski to resign. The response came from MP Darko Kostovski.

Aleksandrova would do better to ask for a resignation from her own boss, Zoran Zaev, who was saying that he will win by a 120.000 votes margin. Emilija works for Zaev, and did all she could to damage Maceodnia. We still won in half of the municipalities and did all we did for VMRO, for Macedonia and for our party leader Mickoski, Kostovski said.

Dozens of top VMRO-DPMNE party officials were targeted by criminal persecution by the Zaev regime, using mainly the now disgraced Special Prosecutor Katica Janeva, and some were turned. Six of the Gang of eight received pardons or reduced sentences for themselves or close family members and friends as part of the deal to support Zaev, and many also received lucrative public contracts through their companies and had relatives hired in the public administration as compensation. The group also voted  for the scandalous law on public prosecutors that aims to protect Zaev from criminal investigation based on leaks where he discusses corrupt businesses or abuse of power. Numerous such tapes were revealed in the run up to the elections.