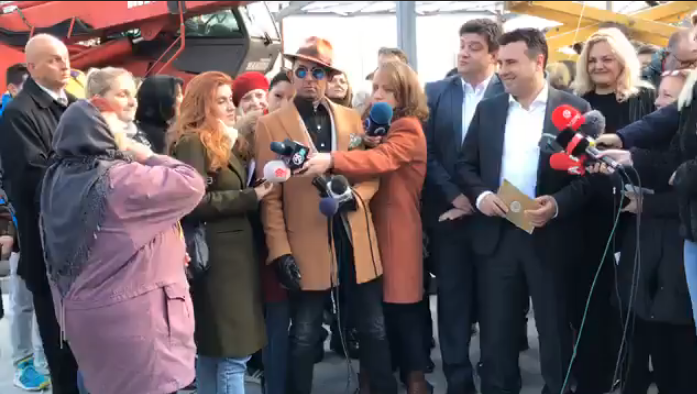 An elderly woman from the village of Volkovo near Skopje confronted outgoing Prime Minister Zoran Zaev during his visit today, inviting him to come to her neighborhood, which has a big problem with sewage treatment. Zaev responded by accusing the woman of lying and being part of an orchestrated campaign to make him look bad.

The encounter ended with a TV crew driving the woman to her home where she proved that the homes there have a big issue which the local SDSM party officials promised to resolve, but never did.

You said you will broaden the streets, make pedestrian walkways, open kindergartens. You did nothing. In the upper part of the village nothing got done. Come with me I will show you what kind of a street are we using. Our children have to walk in mud to get to school, said the woman, later identified as Persa.

The Mayor said that something was done. We came here for a good event. This was a staged show and you can go with the woman and see if the street is paved. I tell you it is paved, Zaev insisted to the journalists.

Some of the press took Zaev on his word and actually accompanied Persa to her part of the village, which showed the dirt roads in use there and how raw sewage is spilled directly into a open ditch.