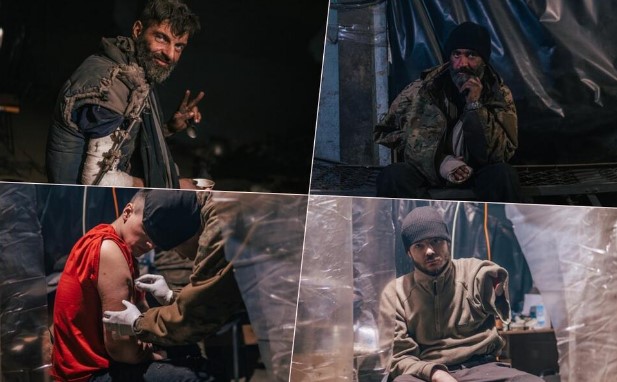 A group of about 250 Ukrainian nationalist fighters, from the Azov battalion and other units that held out deep in the Azovstal plant, have surrendered to the Russian forces after protracted negotiations.

The group includes those with worst injuries, who will receive treatment as prisoners of war. They were taken with buses and ambulances deeper into Donbas, in Russian held territory.

Ukrainian authorities expressed gratitude to their fighters for holding off against Russia for so long, and insisted that they will eventually be exchanged with Russian prisoners.

Group of civilians evacuated from Azovstal

Russia denied access to the Sea of Azov to Ukrainian forces