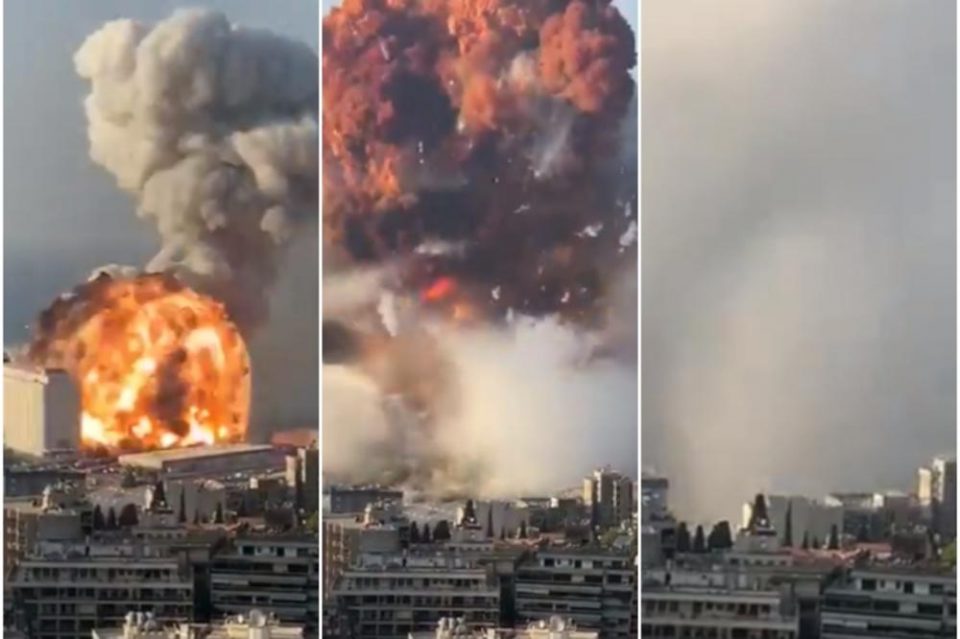 Rescue workers continued their search on Wednesday for people missing under the rubble of collapsed buildings, a day after a massive blast at the port of Beirut killed 100 people and injured thousands.

Lebanon woke up to scenes of overwhelming destruction at Beirut’s port and nearby areas in the centre of the capital, where hospitals were damaged and straining to treat patients.

Ruined cars lined the main highway, apartment buildings were surrounded by shattered glass, and some people slept overnight without windows.

Some 4,000 people have been injured, many suffering from moderate to serious wounds, the Lebanese Red Cross said.

A civil defence official told dpa they are still searching for around 100 people missing under the rubble, especially in the vicinity of Beirut port.

“There are many people still covered under the rubble,” said the official.

Beirut’s Governor Marwan Abboud said that between 200,000 and 250,000 people have become homeless due to the explosion and authorities are working on providing them with food, water and shelter.

Authorities are still investigating the cause of the explosion, but the internal security chief said the area was housing highly explosive materials.

Prime Minister Hassan Diab said on Tuesday the blast was due to around 2,750 tons of ammonium nitrate stored in a warehouse in Beirut’s port for six years without safety measures.

The chemical is usually used as fertilizers for agriculture, but can also be used in mining explosives.

Diab vowed to punish the people responsible for the blasts.

The governor had revealed that a security report from 2014 warned of the possibility of an explosion in Lebanon’s capital as highly explosive materials had not been stored in a way to ensure public safety.

“We lost 10 members of the Beirut Fire Brigade and damages range between 3 [billion] and 5 billion dollars and maybe more,” Abboud said.

A Lebanese army officer at the scene, who requested anonymity, said there are more casualties still buried inside the port.

Workers started to remove some of the debris to open roads and repair the damage in nearby streets, stretching to the famous Gemayzeh Street, home to most of the city’s pubs and Beirut’s usual bustling nightlife.

Many countries offered aid to Lebanon. Qatar, the Netherlands and Russia have sent planes carrying medical supplies and personnel. Other countries including France, Jordan and Iraq ordered similar assistance to be sent.

Germany said it is sending a team of rescuers to help search for survivors, while Britain and the Nordic countries are also looking into ways to support Lebanon.

Jan Egeland, secretary general of the Norwegian Refugee Council that runs programmes in Lebanon in benefit of Palestinian and Syrian refugees, said “countries like Norway should offer extra support to Lebanon.”

“No one wants this hard-pressed country to collapse in this dangerous corner of the Middle East,” he told Norwegian public broadcaster NRK.

Israeli officials and medics have also offered help, though the two countries have no diplomatic relations. Lebanese officials rejected the official Israeli offer to send humanitarian aid, saying: “We do not take aid from an enemy state.”

The explosion takes place as Lebanon is struggling through its worst economic crisis since the country’s 1975-90 civil war ended.

The cabinet is expected to meet in an emergency meeting on Wednesday after Lebanon’s Higher Defence Council declared Beirut a “disaster” area and recommended a two-week state of emergency.