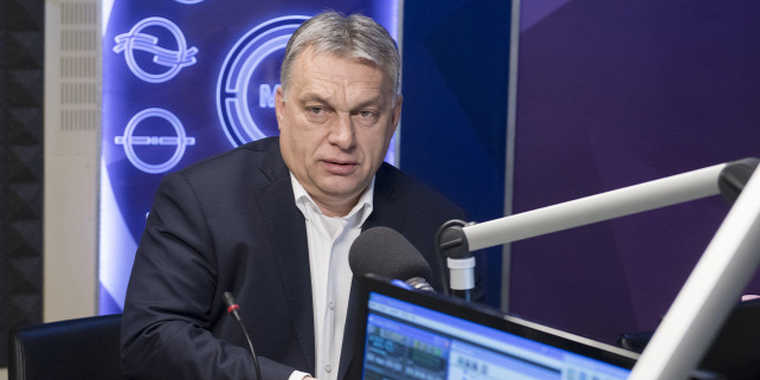 When everyone is overwhelmed with intense feelings, decision-makers need to remain calm, Hungarian Prime Minister Viktor Orban told public radio in his Friday morning interview. Decision-makers had to agree with epidemiologists when they decided that restrictive measures would remain in force for another month, he said, adding that it would have been unfortunate to give up the results of the last three months, the V4 news agency reported.

Our decision to extend the measures taken to curb the coronavirus epidemic was not based on the opinion of international organisations. With a heavy heart, I had to agree with epidemiologists, Hungarian Prime Minister Viktor Orban told public radio on Friday morning. When it comes to decisions that affect people’s lives, decision-makers must stay level-headed, Mr Orban stressed. When everyone is overwhelmed with intense feelings, decision-makers need to remain calm.

It would not have been fortunate to give up the results achieved over the last three months, he said, adding that while many Western European countries are constantly making tweaks to their restrictive regulations, Hungary has had the same response measures in place since November. After the inoculation of healthcare workers, as well as the residents and employees of social care homes, we will roll out the process of registration-based vaccinations, Viktor Orban said. So far around 2 million people have signed up to receive the jab, he said, and encouraged everyone to register for the vaccination.

Orban noted that it is the Chinese who have known this virus for the longest time, therefore he trusts the Chinese vaccine the most. “However, there is a vaccination priority order and everyone must wait for their turn, including members of the government, as there are people in far more difficult situation than us”, Mr Orban said.

Talking about the vaccine procurement process, Viktor Orban cited Serbia as a positive example. Serbia is clearly a “serious country”, according to Hungary’s premier, because they were able to organise their procurement and vaccine supplies better than the European Union. PM Orban noted that Hungary maintained good ties with Serbia and continued to monitor the country’s vaccination experience, as its residents are already being inoculated with the Chinese jab.

Hungary is signing a contract with China for the vaccine in the next few days, the prime minister said. Without the Chinese vaccine, the country can inoculate 850 thousand people by the beginning of March. If the Chinese vaccine becomes available, this number could be doubled, and the country could find itself in a radically different situation by Easter, Mr Orban said.

Regarding the EU’s joint vaccine procurement, Hungary’s premier stressed that heads of state and government within the the EU had handed over the right to procure jabs to Brussels. This decision has already been made, and “it is no use crying over spilt milk.” However, Hungary did not waive its right to negotiate with Eastern countries to buy inoculations.

As for restarting the economy, Viktor Orban said this issue must be be discussed when there are sufficient vaccine quantities at hand. He stressed that the Hungarian government is in “the closest of cooperations” with Brussels on the green economy and digitalisation, even if they disagree on migration, adding that the available resources were distributed among nine areas.

Most importantly, the biggest winner of this economy rebooting action plan will be higher education, the Hungarian premier said. Orban emphasized that the next few years will see the launch of some unprecedented university development projects, with investments reaching 1,500 billion forints (more than 4 billion euros).