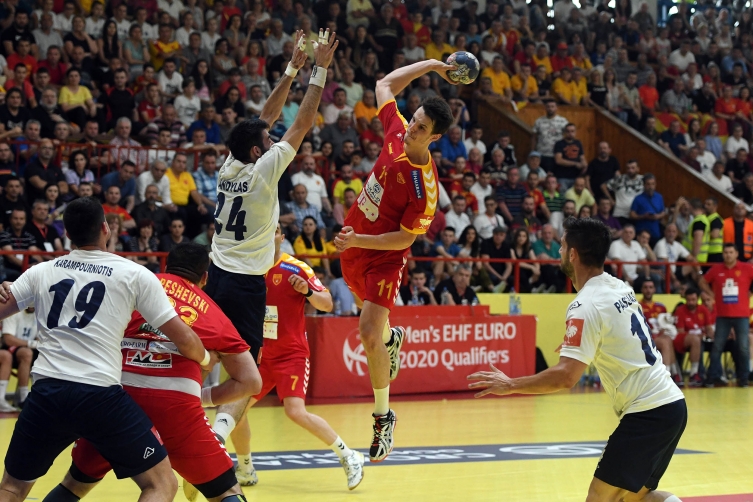 The Macedonian handball team scored a victory over its arch-rival Greece, in the final qualifying game for the 2020 European Championship.

Playing in Strumica, in front of a handpicked crowd to avoid chanting that would embarrass the Zaev regime, the Macedonian players won 27:23. After an initial period of Greek domination, our team regrouped and managed to take its first lead in the 26th minute.

Nikola Mitrevski was stellar at goal with 11 saves, while captain Kire Lazarov lead the firing line with 6 goals. Pesevski and Taleski were also strong with five goals each. The win places Macedonia first in group with a total of four wins, one draw and one defeat – in the away game in Greece in October.

Despite the decision to play the game in Zaev’s stronghold in Strumica, and the restrictive regime of card distribution, emotions got the better of the fans who sang the national anthem as one and the now popular chant “Never North, Always Macedonia” could be heard. Fans also reported that the police is trying to kick them out because of waving the Kutles star flag.