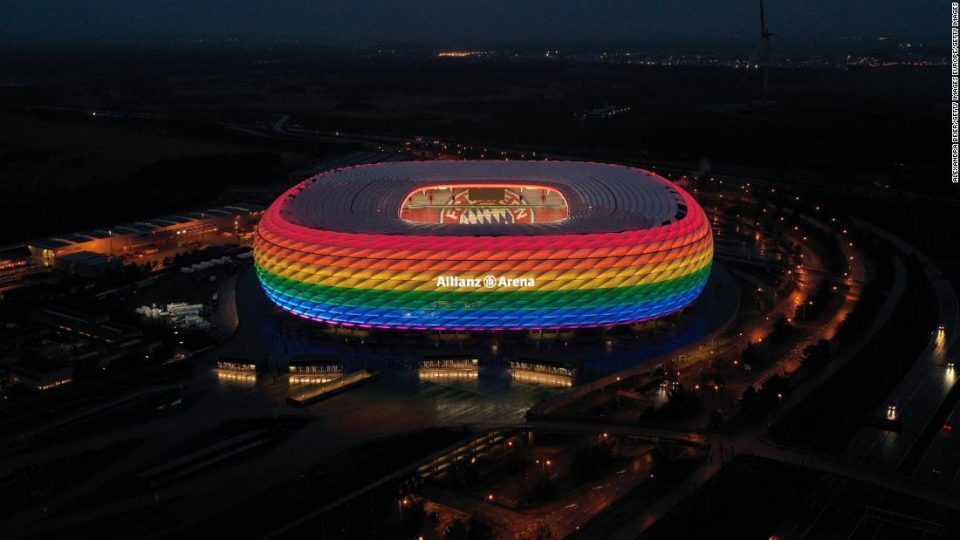 UEFA did not allow Germany to light up the Allianz Arena in Munich in the colors of the rainbow flag for the match against Hungary.

German football authorities and the city of Munich wanted to take the step as a rebuke of Hungary, which is adopting a law that will ban spreading of LGBT propaganda before minors. Hungary says that the law is meant to protect children at a vulnerable age from over-sexualization, but left wing European politicians reacted angrily against it.