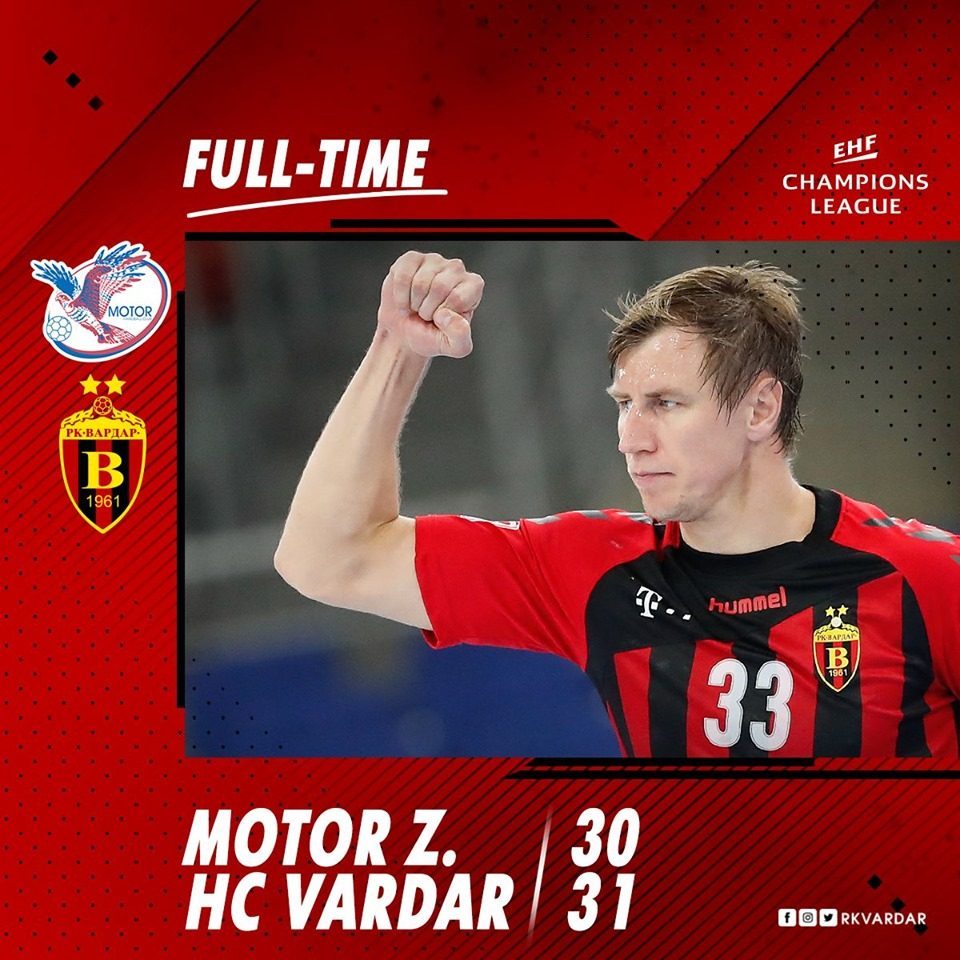 Playing at home, the Ukrainian team was a tough nut to crack, and managed to get a solid lead early in the first half, as the Ukrainians had no trouble finding the net. Cupic and Kalarash managed to turn the game around in the second half, bringing Vardar the lead, but Kireev on the Motor goal helped keep the Ukrainians in play.

The match came down to the wire. Gedban made a key save for Vardar in the final minutes as the result was 30:30, and Kristopans was on target with 90 seconds to go.

The dramatic finish saw Skube miss an easy opportunity to secure the win for Vardar. Motor scored from far afield, but the goal was ruled after the final whistle.

Dibirov was the best player for Vardar with 10 goals, and Kristopans added seven. The next EHF game for Vardar is at home, against Kiel, on October 12th.

Mickoski about “La Verita” publications: It’s proof that the politicians of the transition work with bribery, threats and blackmail

VMRO-DPMNE leader Hristijan Mickoski visited Prilep today. At the end of the visit, he answered journalistic questions and was asked to comment on the “Racket”, given that there are new sequels to “La Verita” publications. It is proof of a disgraceful behavior of politicians of...
Macedonia 28.01.20 | 13:20

The first step is to defeat those who bring defeats and deceptions, remove Zaev from politics

There is a lot of material that deserves investigation, it is necessary for the PPO to turn to the MoI

Ratification of NATO Protocol in Spain by February 12 difficult: ambassador

Vlatko Lozanoski at MAC 2020: I come from Macedonia, not from that country with the addition you mentioned!