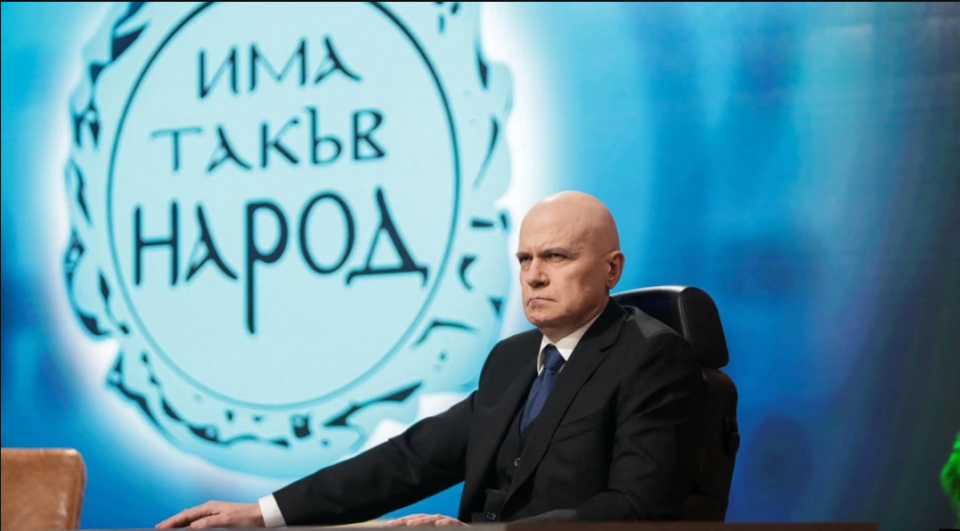 There Is Such a People (TISP) leader Slavi Trifonov said Tuesday in Sofia that his party will not present its draft cabinet to Bulgaria’s Parliament on Wednesday.

This decision – unprecedented in Bulgaria’s recent history, came after TISP’s prime minister designate Plamen Nikolov received a cabinet-forming mandate from President Rumen Radev on July 30 and came back to the head of state with the mandate fulfilled on August 6. The President issued a decree, asking the National Assembly to take a vote on the proposal, and it was scheduled to do so on Wednesday, August 11. On Tuesday, the President’s Press Secretariat, replying to questions from the media, said that the decree issued by the head of State had “already moved the constitutional procedure for the election of a prime minister to its decisive parliamentary phase”.

Two hours after Trifonov’s statement, TISP’s prime minister designate Plamen Nikolov told BTA that he will withdraw his nomination for personal reasons on Wednesday and that there are no legal impediments to this.

In a statement on 7/8 TV, Trifonov blamed the so-called protest parties, Democratic Bulgaria and Rise Up BG! Here We Come! for his party’s failed attempt, accusing them of betrayal, and said that new elections are now in order because TISP, being the largest group in the incumbent Parliament, will not back a cabinet formed either by the pro-establishment parties or by Democratic Bulgaria or Rise Up!

The TISP leader recalled that his party had clearly stated that they will not be proposing a cabinet without the protest parties’ support.

Trifonov’s remarks came shortly after Democratic Bulgaria decided not to back TISP’s proposed cabinet and a day after Rise Up BG! Here We Come! also said they would vote against it. For their part, BSP for Bulgaria made their support contingent on TISP dropping their nominee for deputy prime minister and interior minister, Peter Iliev, which TISP said they would not do.

Democratic Bulgaria and Rise Up! explained that they were denying support to an all-TISP cabinet not on account of any controversial candidate for minister but because they did not get sufficient guarantees that the Movement for Rights and Freedoms (MRF) would not influence the government once elected. The two parties proposed to TISP, provided that the third cabinet-forming mandate is handed to any of them, the formation of a short-lived expert government based on the present caretaker cabinet, but Trifonov rejected this option.

“Democratic Bulgaria and Rise Up BG! Here We Come! clearly and publicly stated their refusal to support a cabinet of There Is Such a People. This means that the protest against GERB and everything done by GERB has been left in the past, whereas the present and the present parliament are fraught with political ambitions, hypocrisy, lies, betrayals and machinations which are completely unacceptable to me and my colleagues of TISP,” Trifonov pointed out.

In his words, his party had done everything possible, all compromises and gestures to the so-called protest parties, so that people would be reassured, so that a government would be elected and the protest parties would be pleased.

According to Trifonov, if they are mandated to form a cabinet, Democratic Bulgaria and Rise Up! could take a nationally responsible approach and join GERB, the MRF and BSP for Bulgaria, set up a government, and run the country together as they have done until recently.

In the same statement, Trifonov said that TISP will back President Rumen Radev’s re-election bid in the forthcoming presidential elections because “he matches to the fullest extent their idea of a president of Bulgaria.” “We hope that, with our support, he will be elected even in the first round of voting,” the TISP leader said.

TISP’s refusal to seek parliamentary approval for its cabinet proposal will be followed by a second cabinet-forming mandate, which the President must offer to the second largest parliamentary group, GERB-UDF. They will most probably decline the mandate immediately, without waiting for the expiry of the seven-day deadline under the Constitution. Within a week after that, the head of state will have to hand a third mandate to a smaller parliamentary group of his choice. This attempt, too, is doomed to failure because TISP will not back a cabinet put together by Democratic Bulgaria and Rise Up!, whereas the two anti-establishment parties will not accept support from GERB and the MRF.

TISP has 65 MPs in the 240-member legislature, GERB-UDF 63, BSP for Bulgaria 36, Democratic Bulgaria 34, the MRF 29, and Rise Up! 13. To be elected, a proposed cabinet must be supported by more than half of the MPs present.

In the event of a third failure, the President will have to schedule early parliamentary elections within two months, i.e. for October 17 at the earliest.