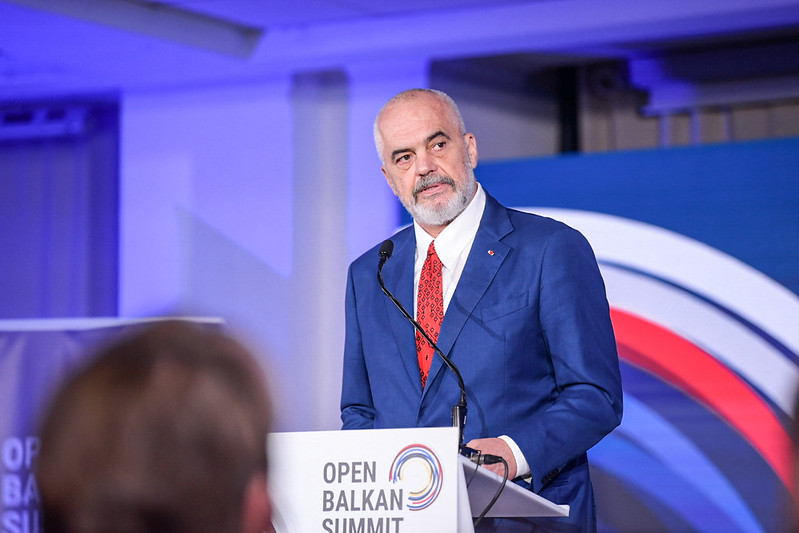 Albanian Prime Minister Edi Rama said he did not expect the EU summit next week to pave the way for his country to start EU accession talks, blaming Bulgaria, Politico reported today, according to Albanian media.

German Chancellor Olaf Scholz visited Bulgaria last week in an effort to overcome Sofia’s blockade ahead of the forthcoming summit in Brussels, which takes place on Thursday and Friday of next week. But, in an interview with Politico, Rama made clear he was pessimistic.

I don’t have any expectation. I think nothing will happen. Albania and Macedonia will not formally open accession talks, he said.

Asked whether any EU leaders had signaled talks might begin soon, Rama replied: “What signals can they give? It’s not about them. Again, it’s about Bulgaria. They all agree, they all support, they all think that this should happen, and this should have already happened. But their margin of maneuver is limited from Bulgaria.”

Rama, 57, said he did not expect Bulgarian leaders to change their position, as they had made the dispute into such a big issue that it was very hard to back down.

It’s a spiral. They have entered a spiral. And from that spiral, it’s very, very difficult to get out, declared Rama, who will attend a meeting of Western Balkan and EU leaders in Brussels ahead of the summit.

Rama says he mocked the ugly blockade of Macedonia by Bulgaria