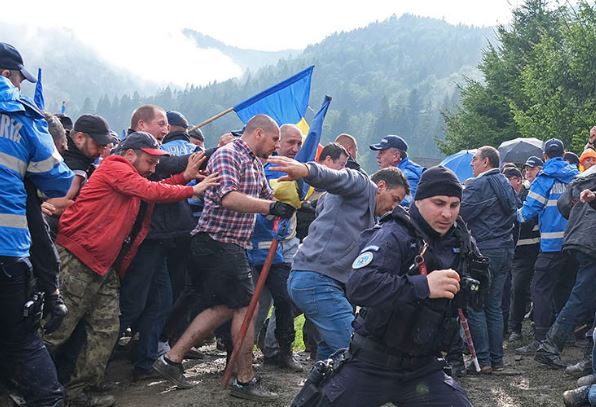 The Romanian Ministry of National Defence is taking all the necessary steps to formally assume administrative control of the Uz Valley military cemetery, after the incident last week when Hungarians who came to honor their World War One dead, the V4 news agency reported.

Romanian nationalists threw rocks at the Hungarians who came to attend a religious ceremony and insisted on holding a Romanian Orthodox service and not a Hungarian Catholic one. Hungarian diplomats issued a stern protest over the incident.

In response, Romanian Defense Minister Gabriel Les announced the preparation of the administrative memorandum to news agency Mediafax. He said it was important to preserve the international character of the cemetery and therefore the ministry would assume administrative control and caretaking tasks. Hungarian, Romanian, German, Russian, Serbian, Austrian and Italian soldiers are buried at the cemetery.

The minister added that he would like to discuss the matter with all the countries concerned so that every nation could commemorate the heroes buried there.