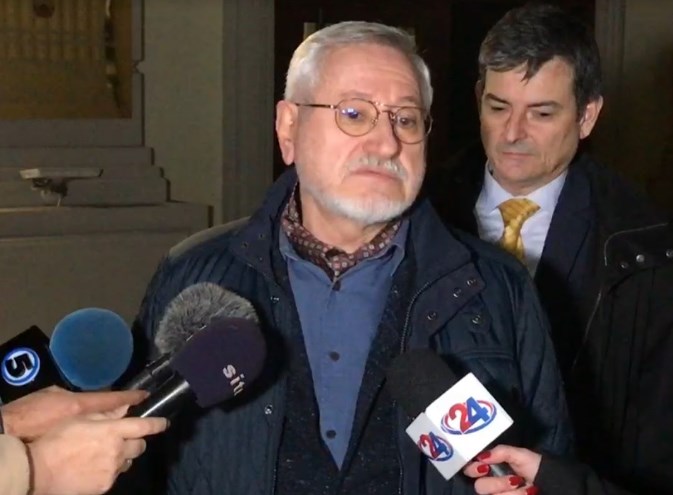 After last week’s meeting of the joint Macedonian-Bulgarian Historical Affairs Commission, in which, as its co-chairs, the Macedonian Dragi Gjorgiev and the Bulgarian Angel Dimitrov, pointed out on Friday, the Ohrid Archbishopric and how it is represented in the Macedonian textbooks were discussed, a series of reactions followed that the issue of the church has no place in the conversations conducted by the members of the Commission.

The Macedonian team of the Commission presented yesterday a clarification that the resolution of the status of the MOC-OA was not discussed at the meetings, and yesterday Prime Minister Dimitar Kovacevski also emphasized that the historians did not discuss the status at all.

The members of the Macedonian team in the Joint Commission reacted with disappointment to the incorrect informing of the public about the topics that are the subject of discussion in the Commission’s work.

Despite the clearly expressed views and attitudes of the co-chair from the Macedonian team given to the journalists on November 25 after the 22nd meeting, in the past three days information has been placed in certain media spreading falsehoods that the Commission is solving the church issue of the MOC-OA, that it discusses theological and church issues, dogmas, and canons, or that it determines whose OA is.

The Macedonian team in the joint historical commission points out that the subject of the commission’s work is the issues of the presentation of the history of OA in history textbooks for primary education in both countries, its role and significance for Christianity and Slavic literacy and literature, not church and theological issues or determining the status of MOC-OA or, again, its definition in a national sense.

Gjorgiev said on Friday after the two-day meeting that the debate was about the Ohrid Archbishopric and one of the comments from the colleagues from Bulgaria is that they want to change the way it is represented in our textbooks.

According to Gjorgiev, an agreement on some of the notes on the textbooks for the seventh grade was not reached due to misunderstandings about the sources and different interpretations of the past.

Those different approaches in the interpretation of sources from the medieval period, make us have a different approach to making recommendations for textbooks. And that is obviously one of the main stumbling blocks in the commission’s work, said Gjorgiev.

The chair of the Bulgarian team of the commission, Dimitrov, confirmed that the main topic of the meeting in the past two days was how to present the Ohrid Archbishopric in the textbooks and that despite the initial expectations, concrete results have not been achieved.

I understand that it is a very important topic, and we hoped and were very close to the result. We don’t know what happened, but we will continue at the next meeting, which will be the first for the next year in Sofia. I promise that we will do everything possible to have positive signals and good results. So, we are done for this year, and I wish that next year will be more successful for the citizens of both countries, Dimitrov said.