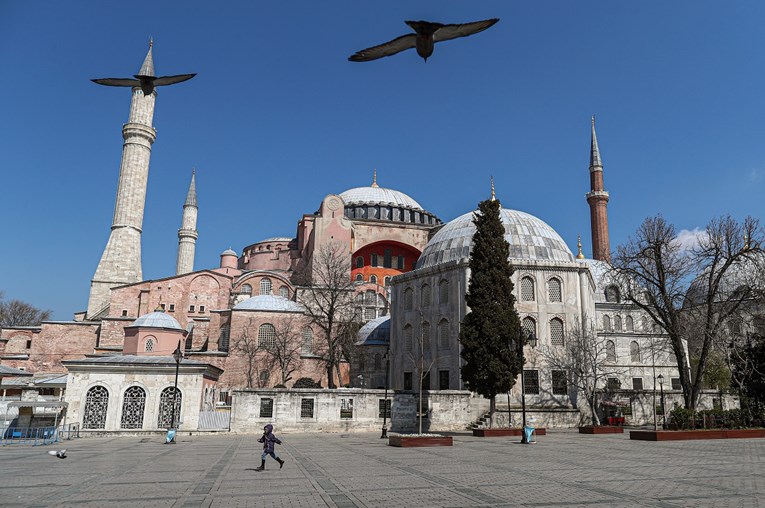 Istanbul’s iconic Hagia Sophia will open to visitors outside Muslim prayers, and Christian symbols and mosaics can remain in the building, Turkey’s religious authority Diyanet said on Tuesday.

Christian icons at the UNESCO World Heritage site could be covered by curtains or obscured using lighting, Diyanet said. It was not immediately clear how the measures would be implemented.

Prayers take place five times a day, each one lasting for 15 minutes on average. They currently start at around 5 am (0200 GMT) and conclude at around 11 pm. In winter, the day’s final prayer is held much earlier.

Last week, President Recep Tayyip Erdogan announced that the sixth-century building would reopen as a mosque, shortly after a court decision annulled a 1934 decision converting it into a museum.

Erdogan set the first prayers on June 24, citing preparations to make the domed compound, home to a world-famous mosaic depicting the face of an angel, compatible with Islamic prayers.

Icons, animal and depictions of human figures are prohibited in Muslim places of worship.

Erdogan also said admission would be free of charge for visitors of all faiths, calling on foreign observers to “respect” the decision.

The United States, the European Union, Russia and Greece, along with UNESCO, have expressed dismay at the conversion of the site.

Towering over Istanbul’s skyline for centuries, the former museum has long stood as a symbol of secularism in the modern Turkish republic.

The building served as the main Byzantine cathedral until the 1453 Ottoman conquest and then as a mosque until 1934.