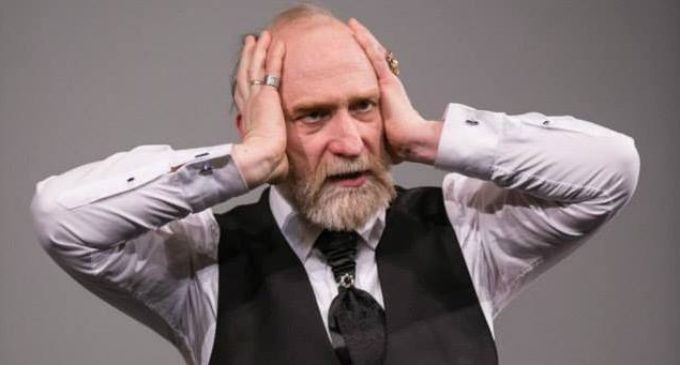 Beloved actor Vlado Jovanovski returns to the Macedonian National Theater after an absence of two years, during which he was imprisoned by the Zaev regime for co-organizing the protests against the name change.

Jovanovski was arrested in November 2017 and charged with “terrorism”, as part of a broad political trial ordered by Zaev, which was eventually used to blackmail opposition members of Parliament into voting for the name change. Jovanovski was kept in detention for four months, and later released into house arrest, before receiving a pardon under a controversial law pushed forward by Zaev. His colleagues cancelled plays in protest after his arrest.

Jovanovski is returning to the stage for Martin McDonagh’s Hangmen. In his career, Jovanovski starred in dozens of plays, and has a number of films such as “The Liberation of Skopje”, “Third Half” and “Bal-Can-Can” under his belt.