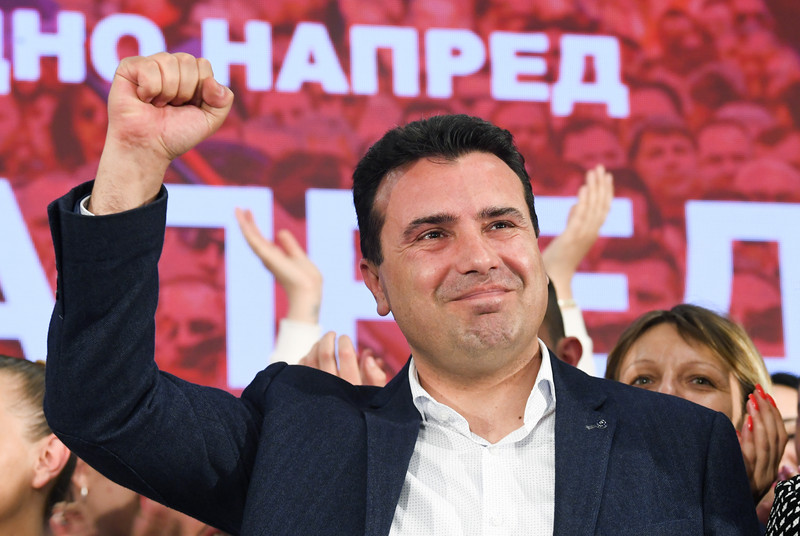 epa07550074 Prime Minister Zoran Zaev greets supporters after declaring election victory of Stevo Pendarovski (R), the candidate of the ruling Social Democratic Union of Macedonia in Skopje, North Macedonia, 05 May 2019. More than 1.8 million voters were leigible to choose between two candidates for the President of North Macedonia in the second round of elections. EPA-EFE/GEORGI LICOVSKI

In an interview with the MIA state ran news agency, SDSM party leader Zoran Zaev said that he is open to a post-election coalition with DUI, but is also in talks with the Alliance of Albanians.

Zaev said that he believes that SDSM and his Albanian coalition partner BESA will win the elections with enough seats in Parliament to form a Government on their own, but he will be open to a coalition partner.

Only days earlier, Zaev predicted that he will win the elections, but will fall short of the 61 votes needed to form a Government and asked for support from VMRO-DPMNE to form a minority Government. In response, VMRO leader Hristijan Mickoski said that he will win and that people on the SDSM lists are already in talks with VMRO to switch over and bolster the conservative majority, if needed.