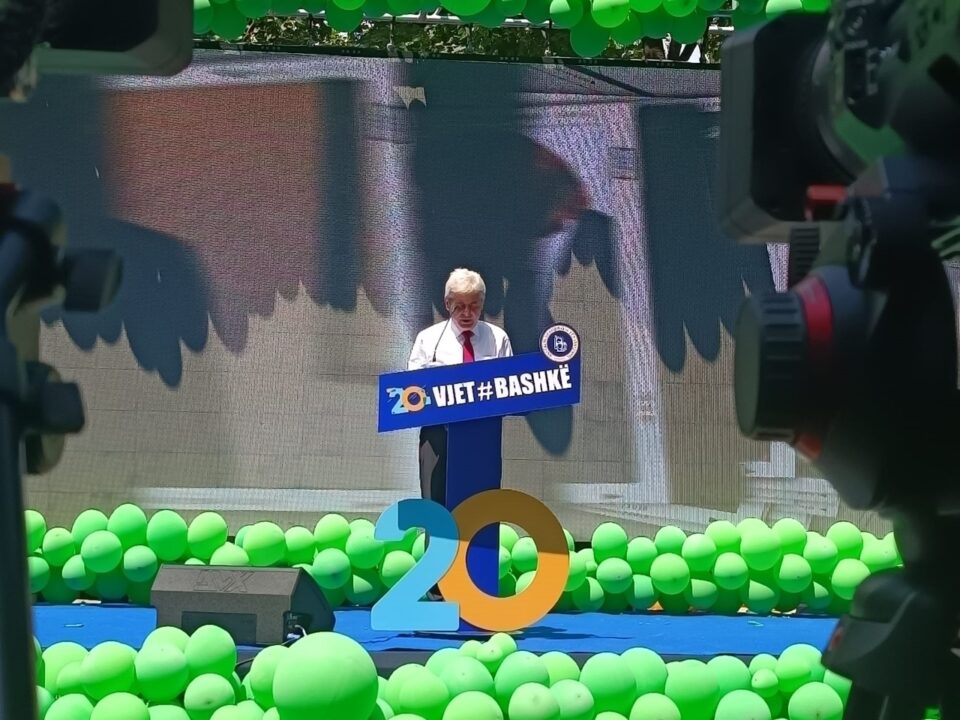 The Democratic Union for Integration (DUI) held Sunday in the Cair park an event on the occasion of the party’s 20th anniversary.

After his address, the leader Ali Ahmeti cut the birthday cake.

This 20th anniversary is dedicated to the next two decades and therefore whoever is ready for this trip, let them fasten their belt and let them line up behind me, said Ahmeti. 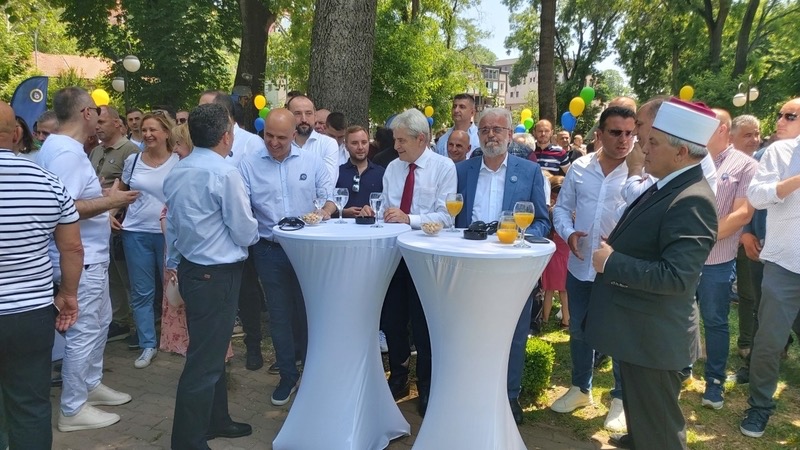 He added that peace and reconciliation in our country were achieved in cooperation with Macedonian political parties by taking joint responsibility for the implementation of the Ohrid Agreement and achieving final reconciliation between the communities.

He also referred to the problem with Bulgaria and stressed that we must work on a positive epilogue with our neighbor Bulgaria on the bilateral dispute and narrow the room for malicious agendas in the country and the region, which do not coincide with our Western definitions.

The immediate closure of this dispute will be beneficial for the Bulgarian community in our country, the region and Europe, but always without endangering the national and linguistic identity of my fellow citizens. Europe cannot be completely peaceful without the Western Balkans and that should be a priority of the European Union as much as it is our priority.

Ahmeti called on all participants in society, politicians, institutions, media, NGOs, judiciary and prosecutors, to open a national front against corruption and eradicate it, not with words, propaganda and slander, but with concrete accusations, without witch-hunting.