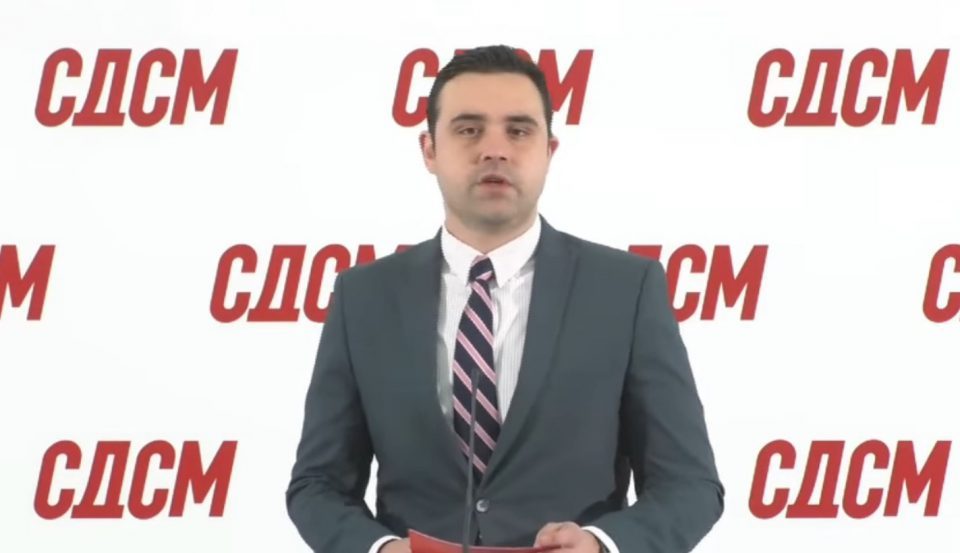 Fake news cooked in the kitchen of SDSM, says the spokesperson of VMRO-DPMNE Dimce Arsovski about the accusations from SDSM that the MP and official from VMRO-DPMNE Aleksandar Nikoloski was part of an international scandal in relation to the elections in Azerbaijan, more precisely was part of the observers.

The Italian MP, who is said to have been convicted, was not in any mission in Azerbaijan at all regarding what Kostadin Kostadinov is talking about. It is immediately obvious that it is fake news, a lie invented by the SDSM about Vice President Nikoloski. I urge the citizens once again not to succumb to these fake news, lies and fabrications placed by SDSM, because they do this only with the intention and reason to defocus the public from the real affairs that are happening to us at the moment, and that is the Mafia affair, that is the affair involving the Zaev drug cartel, the freelancers kept in secret by the government where dozens and dozens of relatives, sons, daughters, party soldiers of SDSM are employed, and it is simply stated in order only to defocus from these real problems, said Arsovski.