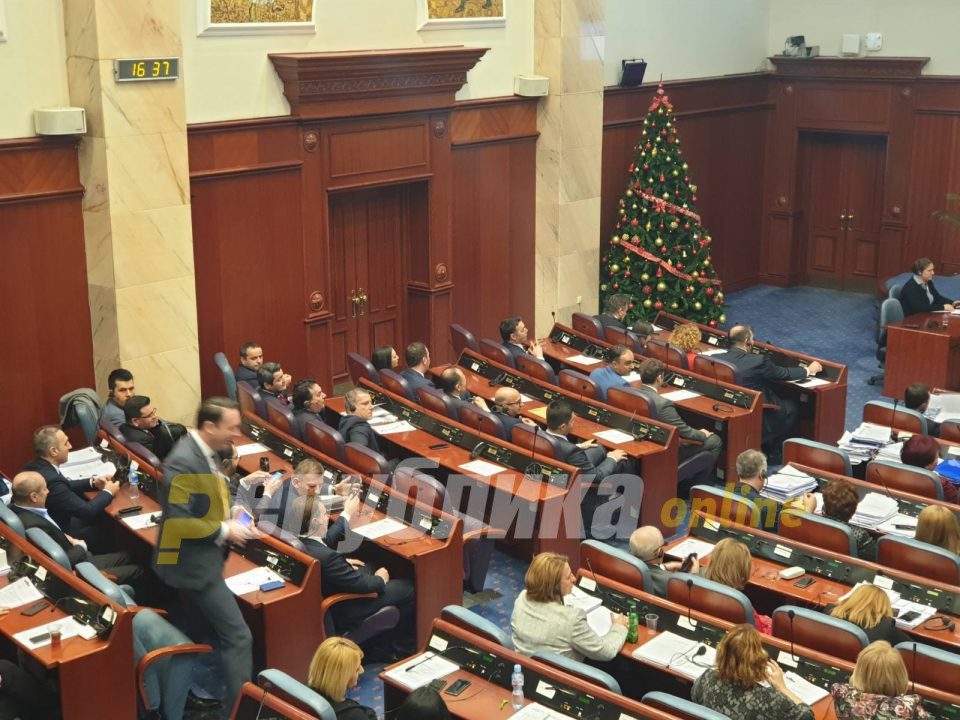 This afternoon a new meeting will be held between VMRO-DPMNE and SDSM to discuss the proposed new law on state prosecutors. The law prompted by the spectacular collapse of the Special Prosecutor’s Office which exposed widespread corruption and political abuse of the judiciary. Other parties are also invited in the meeting. The law is the latest key issue in Macedonia’s never ending quest to open its EU accession talks and efforts are being made to adopt the law before Parliament dissolves on February 12.

VMRO-DPMNE Vice President Vladimir Misajlovski said that SDSM has so far proposed only solutions that would favor them politically, preventing the creation of an independent unit of prosecutors that would investigate the myriad corruption scandals of the past three years under the Zaev regime.
– We have an enormous number of new corruption scandals, of open racketeering, and none of these issues are being processed. We need a functional law. But instead of working to ensure that the judiciary is independent, you want to maintain full control over it, so it would come in handy in the future, if the need arises, Misajlovski told SDSM official Damjan Mancevski, hinting at the expected change of Government in April which could bring a critical look to SDSM’s actions.

Justice Ministe Renata Deskoska from SDSM said that the ruling party proposed the creation of two special prosecutor’s units, one which would carry on the work from Katica Janeva, presumably led by an SDSM appointee, and another that would investigate Zaev’s corruption allegations, led by a VMRO nominee. This reported proposal hasn’t been disclosed publicly so far, and Deskoska said that VMRO refused this idea.

Deskoska also demanded that VMRO accepts a patch up solution that SDSM and Katica Janeva came up with when Janeva gave up all her case files in favor of Public Prosecutor Ljubomir Joveski, who is another SDSM loyalist. Janeva did this while in prison, and with it effectually ended her Special Prosecutor’s Office, in clear violation of the law that governed its creation. Deskoska initially insisted that this ended the issue of the law on state prosecutors, making it not necessary, but under international pressure SDSM is forced to come back to the negotiating table. Interim Prime Minister Oliver Spasovski met with the EU ambassadors yesterday, who said that while the law is not a direct pre-condition for opening EU accession talks, it would be good if it was adopted soon.

Zaev himself laid the responsibility on the opposition, calling on VMRO-DPMNE to accept his proposal. In a statement today, he said that he still hopes VMRO will come around, indicating that his attempts to get to a two thirds majority in Parliament without the largest opposition party is not going well.
VMRO responded by demanding that the meeting today, scheduled to be held in the Parliament, is open to the public and includes both expert and international representatives, so that there are no attempts to manipulate with it later.