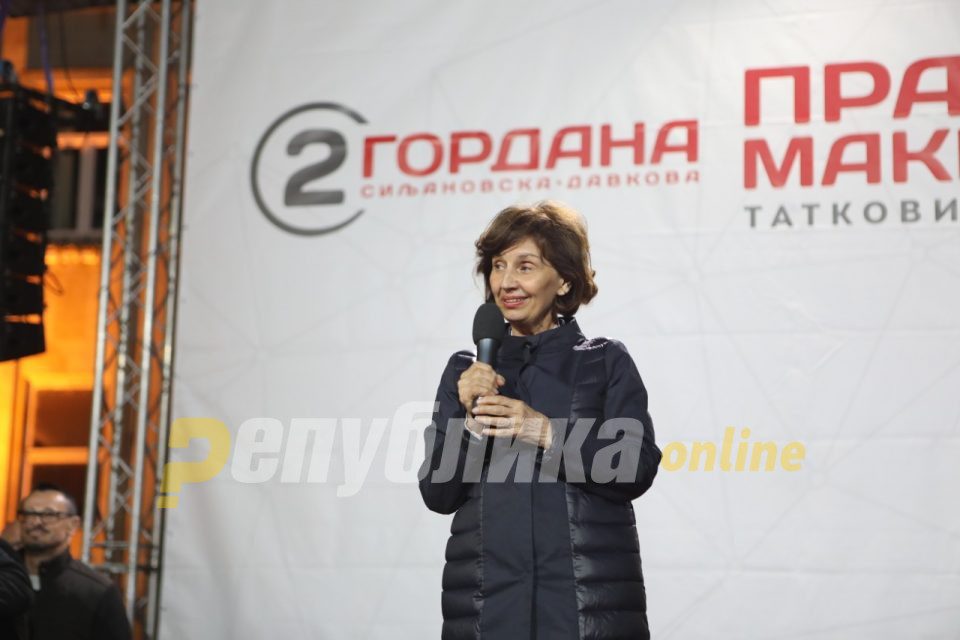 For a second time in the campaign, opposition candidate Gordana Siljanovska – Davkova made a gaffe confusing the city she is in. The first time was especially grating, given that she confused Negotino with Kavadarci – the two cities are bitter regional rivals.

In response, she wrote that gaffes happen, but the citizens can trust her not to make strategic blunders, such as the Prespa treaty.

I make mistakes and I apologize when I do. But we are dealing with people who trampled their word, who trample morality and the law. Not only they don’t apologize, but they demand that WE apologize for their mistakes. The Macedonian people will never forgive them for their “gaffes” and “blunders” – what they did to the Constitution, the laws and the Prespa treaty, Siljanovska said via Facebook.

Commentators and journalist from the ruling SDSM – DUI coalition have initially mocked Siljanovska for her age and gender, as well as for her appearance and style. They attempted to describe her son as a bum and have also mocked the opposition candidate for her practice of yoga and being a vegetarian.