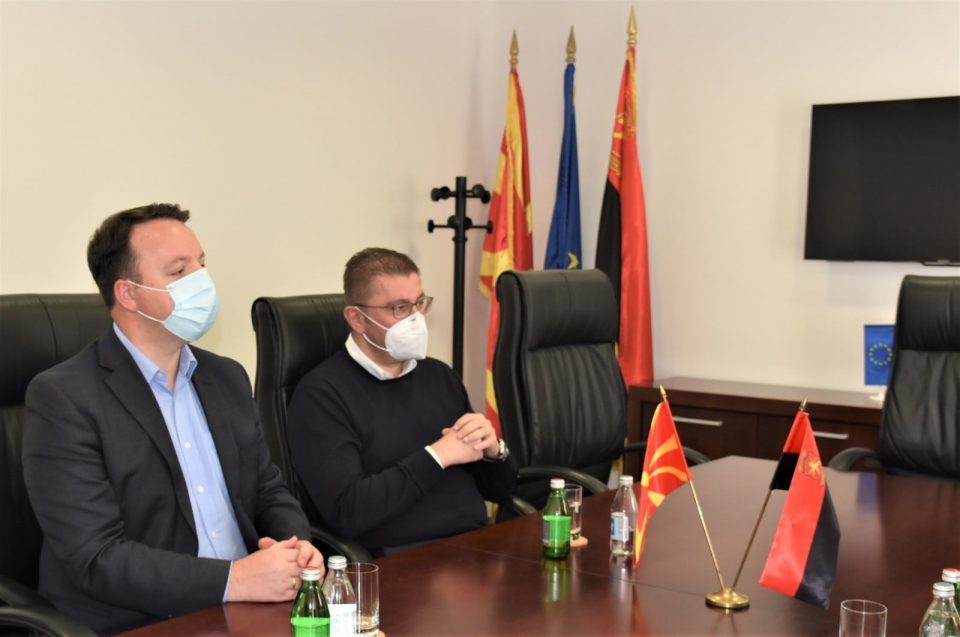 The leader of VMRO DPMNE Hristijan Mickoski together with the party’s Vice President Aleksandar Nikoloski met Monday with the Head of the OSCE Mission to Macedonia, Clemens Koja.

At the meeting I informed about the situation in the country, especially the worrying economic indicators such as crossing the debt threshold above 60% which is a violation of the Maastricht criteria, the historic decline of GDP in the country which reached 12.7% in the second quarter of this year, as well as the increase of poverty and decrease of the living standard of the citizens, said Mickoski. 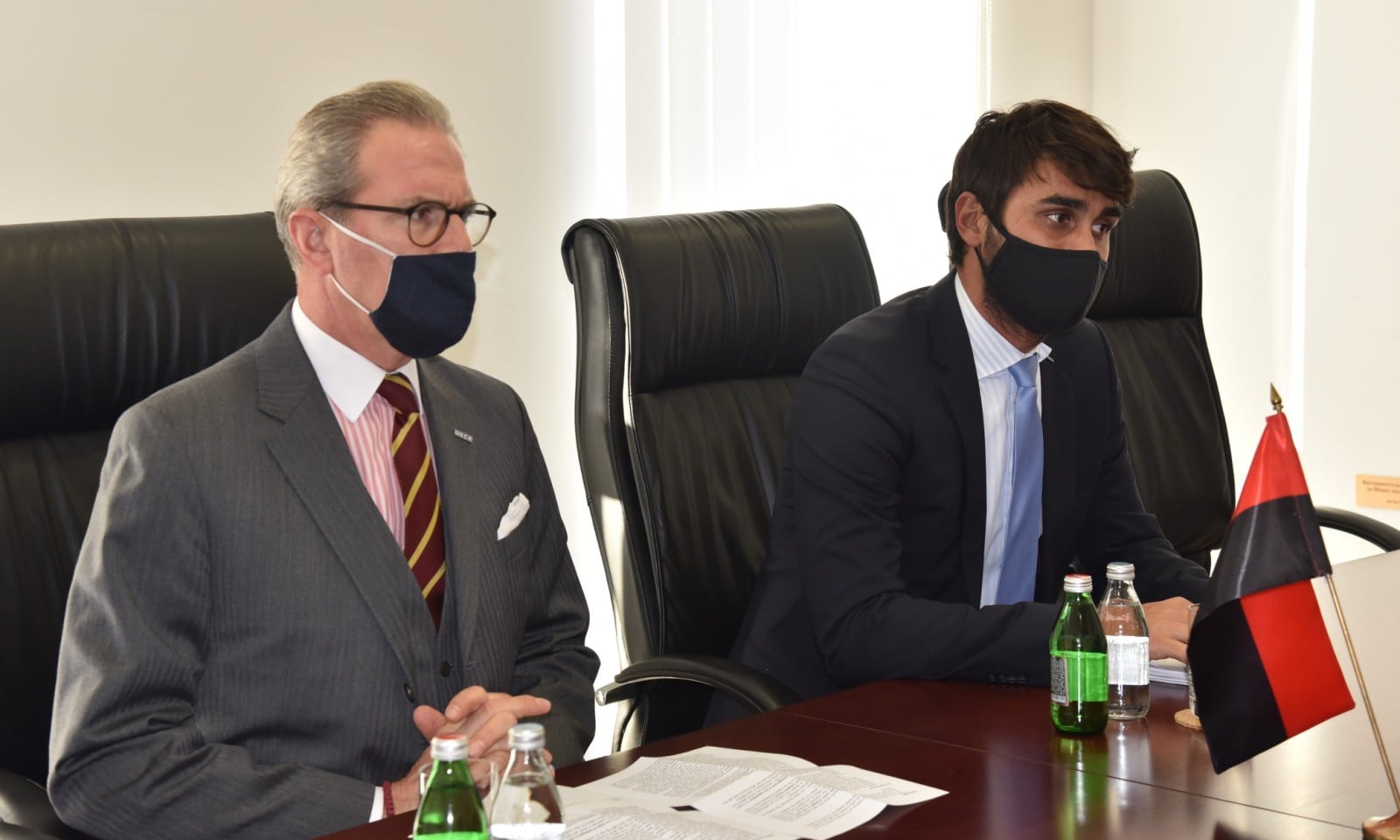 The party says that they discussed the current problems of the country with corruption and crime, problems that the government does not promise to change in its policies, which was mentioned in the EC report, because the country is increasing dropping on lists on fight against corruption. 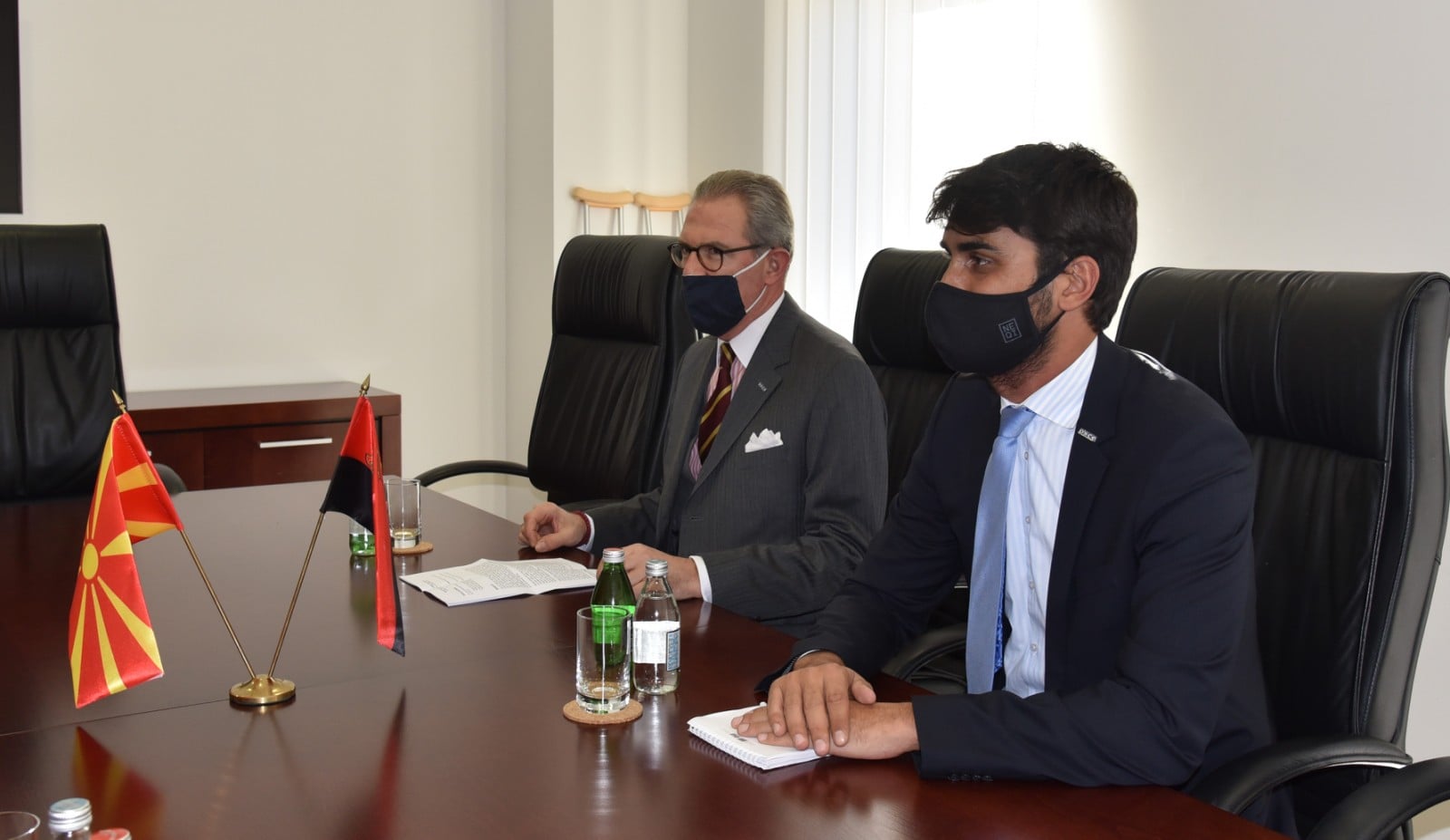 I pointed out that the government fails to deal with crime in the country, because it is the instigator of it, and with the weak judicial system and corruption in it, the criminal behavior of certain officials is not punished. I informed Koja about the situation in the Macedonian Parliament, where the government, in an attempt to undermine democracy, unconstitutionally seeks to legitimize the voting of MPs who are not present in the Parliament, as well as the non-acceptance of opposition amendments, which are above all citizens’ demands in the current discussions in the Parliament, says Mickoski.