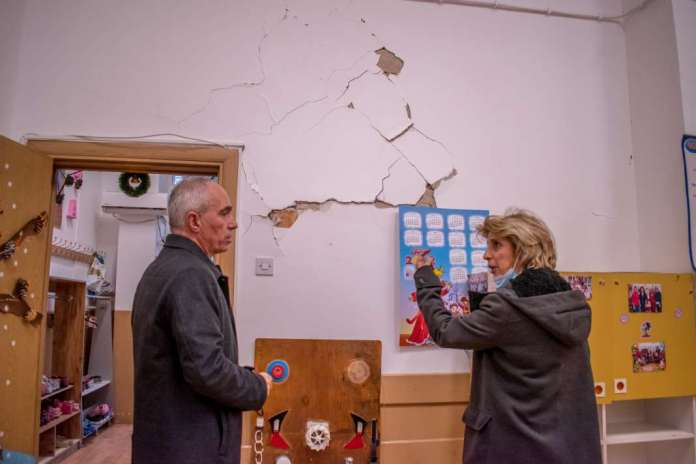 Deputy PM Ljupco Nikolovski and Ministers Goran Milevski, Blagoj Bocvarski and Yeton Shaqiri paid Wednesday a visit to Bitola municipality, pledging support after the earthquake that affected the city a couple of days ago.

Nikolovski said that the Government at yesterday’s session adopted several conclusions to jointly help the citizens affected by the earthquake in Bitola.

A Damage Assessment Commission has been established in accordance with the Law on Protection and Rescue. The Minister of Local Self-Government Milevski stated that it is planned to divide the whole process on the manner of assistance into two parts for quicker action.

Mayor Konjanovski welcomed the presence of the government delegation and the expert team and said that the the ministers pledged to help, and “we agreed that we should act together and help in the area of their competencies”, he said.