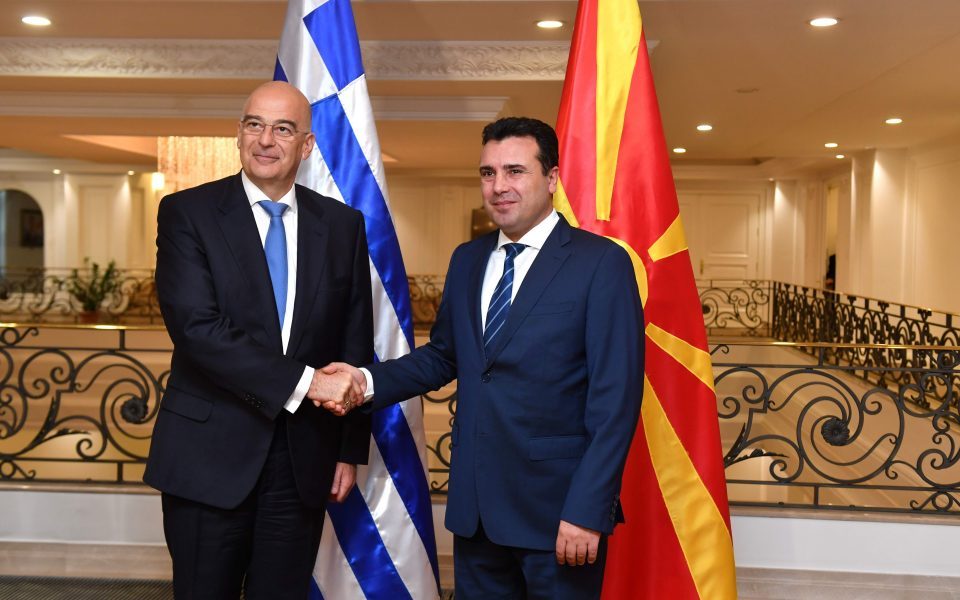 The support Macedonia continuously receives from Greece on its Euro-Atlantic integration road and the development of trade exchange and investment between the two countries were the topics of outgoing Prime Minister Zoran Zaev’s meeting with the Greek Foreign Minister Nikos Dendias during his official visit to Macedonia.

Greece is the third-largest investor in the country and aspires to come in first place in the next period, according to the government press service. The Prespa Agreement is an excellent opportunity to strengthen cultural and economic ties between the two countries, it said.

Minister Dendias said that no matter who is in power in Greece, every government is in principle committed to implementing the conclusions of the Thessaloniki Summit that support the integration of Balkan countries into the European Union. Dendias added that at the request of Prime Minister Mitsotakis in the coming period he would intensify his lobbying agenda in the European centers of power, seeking a way for Macedonia to start the negotiation process with the European Union as soon as possible.

The outgoing Prime Minister thanked for the overall support the country receives from the government in Athens and referred to the need to boost economic exchange, as well as improve and open new infrastructure channels that should support the business community.

When business develops, the citizens of our two countries will have a better standard of living, Prime Minister Zaev underlined, reads the government’s statement.