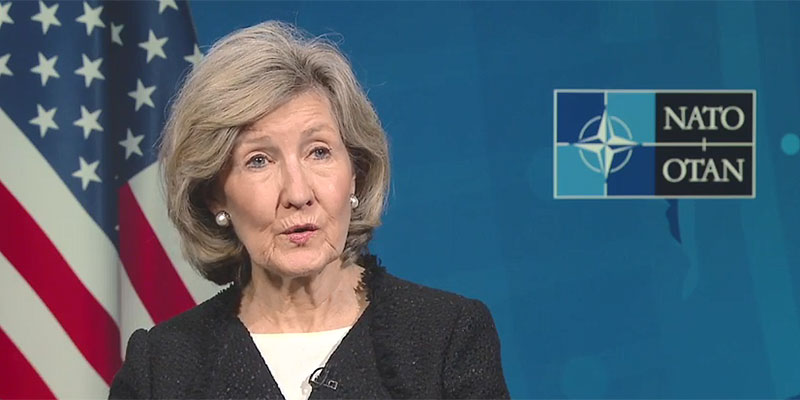 NATO is setting up counter-hybrid support teams in Macedonia and Montenegro after fake news and disinformation from Russia and China have gained ground with the coronavirus pandemic in the Western Balkans, Kay Bailey Hutchison, United States Ambassador to NATO, has told MIA.

The Alliance expects more information from Skopje on setting up such a team for Macedonia, aimed at preparing media in the country on how to deter disinformation campaigns coming from Russia, Ambassador Hutchison told an online press briefing in Washington on Tuesday.

According to her, a counter-hybrid support team is already operational in Montenegro.

There is a lot of fake news spreading in Macedonia regarding the coronavirus and the NATO assistance in equipment provided to its ally, which is dealing with the crisis during a state of emergency, adds Hutchison.

She says disinformation from Russia have been long-standing, ever since Macedonia applied for NATO membership, and continued once the country’s accession to the Alliance was confirmed.

Macedonia is a full-fledged member, and as an ally, it is supported by NATO in this crisis. The assistance will continue, including for fighting disinformation coming from Russian sources, notes Hutchison.

In July 2018, NATO leaders agreed to set up counter-hybrid support teams, which provide tailored targeted assistance to Allies upon their request, in preparing against and responding to hybrid activities.

The U.S. Ambassador calls NATO allies to oppose disinformation on the coronavirus coming from Russia and China.

She notes this is part of the continual hybrid and cyber war they are using to spread dissatisfaction but also devalue our leadership in time when western societies are coping with the crisis.