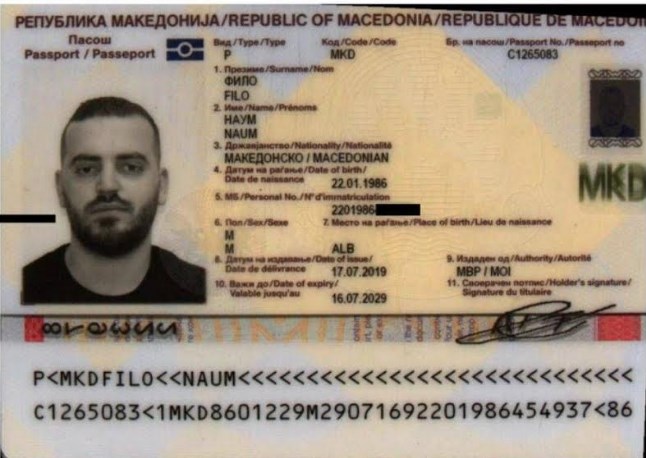 The head of the Intelligence Agency, Erold Musliu, says that in the “Mafia” affair, which was first revealed by the opposition VMRO-DPMNE, Macedonian passports with fake identities were issued to extremists with experience from the conflicts in Syria, as well as people involved in assassinations in Ukraine and Greece.

The case revealed that 215 illegally issued passports were issued to drug lords and persons dangerous for our security, but also for the security of other countries, which raised the question how it is possible that the intelligence services had no clue what was happening.

It is expected that implications occur after such case of illegal issuance of passports to persons who are members of criminal and extremist groups. The fact that such persons possess a “legal” passport seriously hinders efforts to track them, identify their location and activities. The Agency informed the competent institutions and partner services about the intelligence available to the Intelligence Agency. It is worrying that such passports have been used by extremists with experience in Syria, members of criminal gangs involved in assassinations in Ukraine and Greece, and individuals involved in serious forms of organized crime related to drug trafficking and money laundering, Musliu said said in an interview with Deutsche Welle.

He adds that this case should be a lesson in the future for strengthening security standards in state institutions, greater professional integrity of employees and effective safeguards.