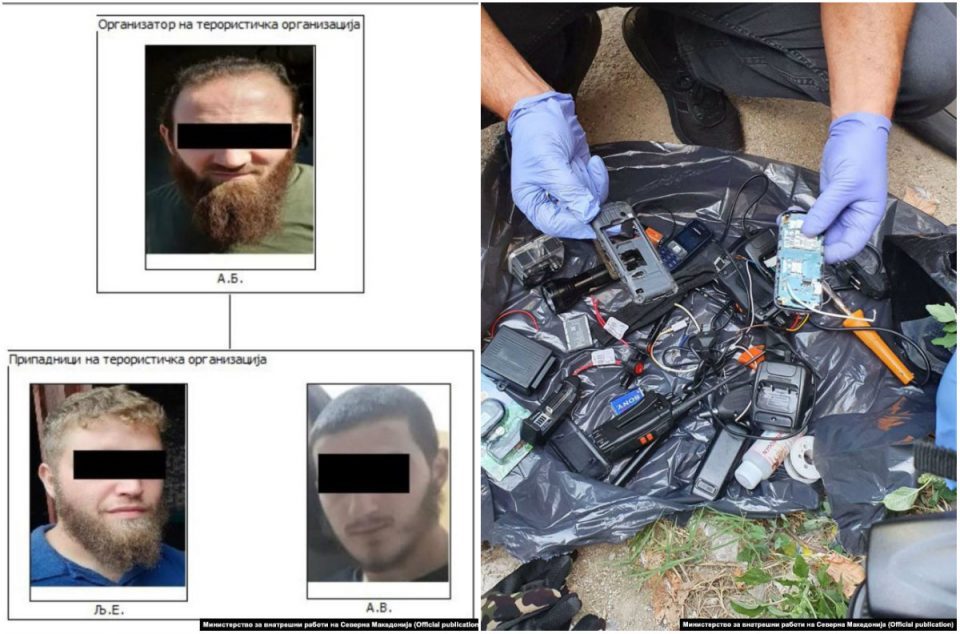 The court ordered 30 days in detention for the three Islamists who were arrested today as they were apparently preparing suicide attacks. The men, who had fought with ISIS in the past, were stockpiling weapons and explosive suicide vests in a rural area south of Kumanovo.

Security officials said that their targets were supposed to be vital state institutions, where the men were preparing to stage attacks and kill themselves in the course of the attack. The stockpile included two vests which had ball bearings glued to them – apparently meant to cause maximum casualties upon detonation.

The three are charged with terrorism. Four locations were raided in Skopje and Kumanovo, leading to the arrest of the three men, aged 22 to 28. It’s estimated that some 150 Macedonian citizens, most of them ethnic Albanian Muslims, have joined ISIS during the civil war in Syria and Iraq. Dozens have since returned to Macedonia.