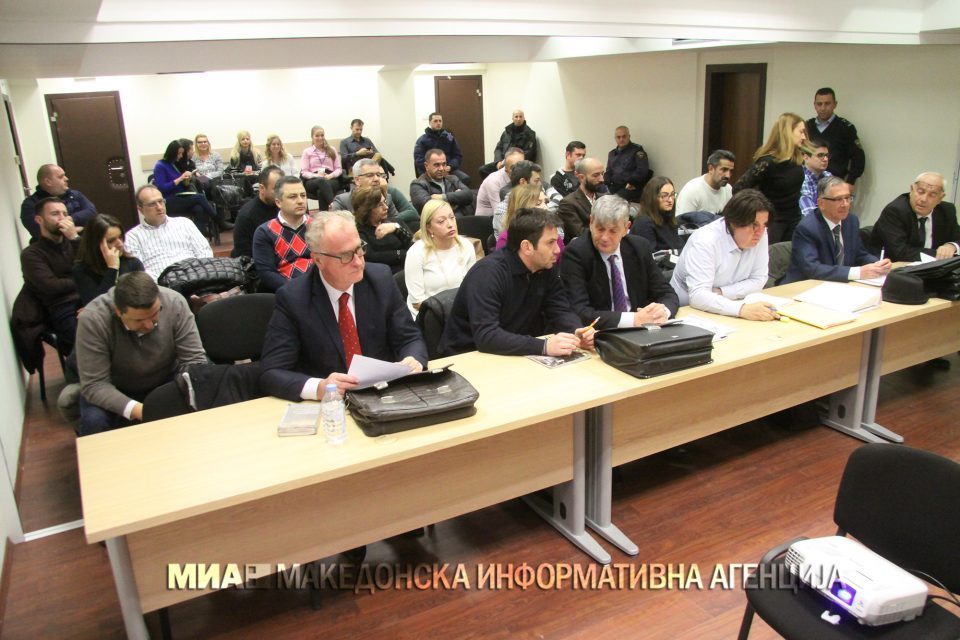 Criminal trials in the Skopje courthouse, many of which are part of the campaign of the ruling SDSM party against the opposition, have been ordered to continue despite the coronavirus epidemic. Court President Ivan Dzolev ordered that the so-called “Titanic” trial, one of the many politically driven cases initiated by the now disgraced former Special Prosecutor Katica Janeva against opposition VMRO-DPMNE officials, must continue. Defendants are threatened to be detained even though the curfew which is in effect bars some of them from coming to the court and the threat of spreading the virus in the cramped courthouse is very high.

The trial, which is being used to threaten VMRO-DPMNE activists from across the country for mundane party finance violations, would hit its statute of limitations in 20 years, so the defense team says that there is no harm being done in a brief delay, until the epidemic has cleared.

During the hearing held today most of those present came without masks, and there was no more than half a meter between those seated, people present at the hearing said.
Citizens with chronic illness and those with children under 10 are allowed not to go to work by an order from the Government, but the court insists that all defendants and their defense teams continue to appear at the hearings, even if they meet these requirements.

SDSM party leader Zoran Zaev has made speeding up and intensifying his persecution campaign against the opposition a main point of his pre-election campaign.

These decisions can cost lives. Staff at the court is left unprotected, they are working through an epidemic only to satisfy the demands of one man, Ivan Dzolev All neighboring countries closed down their courts, with hearings postponed for at least a month, said lawyer Jovica Strasevski who led a list of 70 colleagues who demand that the court is closed during the epidemic for all except the most urgent cases.