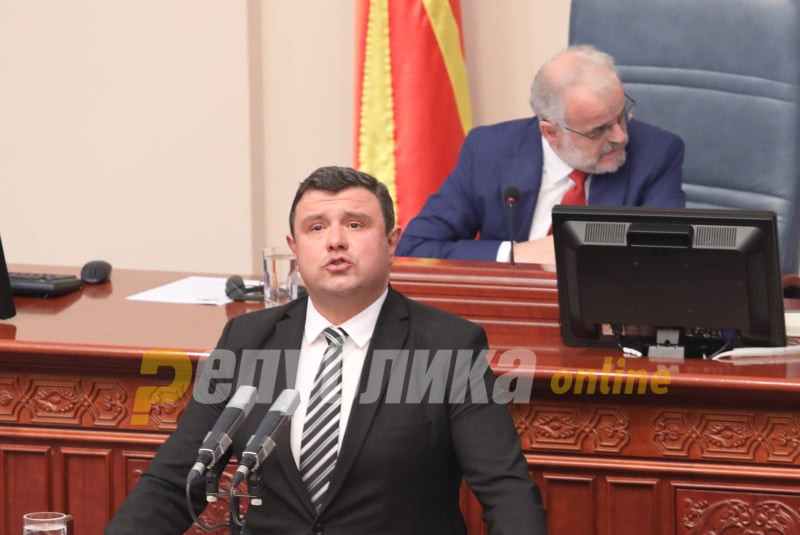 This is the day when Macedonia and the Macedonian people get rid of the most incompetent, corrupt and criminal Government we’ve ever had, said Nikola Micevski, head of the VMRO-DPMNE group in Parliament, as the resignation of Zoran Zaev was being processed. The Parliament is set to appoint an interim Government by the end of the day, which will organize early elections on April 12th.

Zoran Zaev won’t even elaborate his resignation, which proves he is aware of the damage he caused to the Republic of Macedonia. A time comes when Macedonia will again be led by a Government elected by the people and the Macedonian people will not be led by criminals, incompetents and corrupt politicians but by officials who will proudly fight for the national interests of the Macedonian people, Micevski said.

He concluded by saying “Katica fell, Zaev fell, and SDSM will fall on April 12th”. Menawhile Special Prosecutor Katica Janeva, whose politically driven charges paved the way for Zaev’s power-grab, was standing trial in the Racket scandal in Skopje’s courthouse, while additional charges were announced against her group, including one top SDSM official.