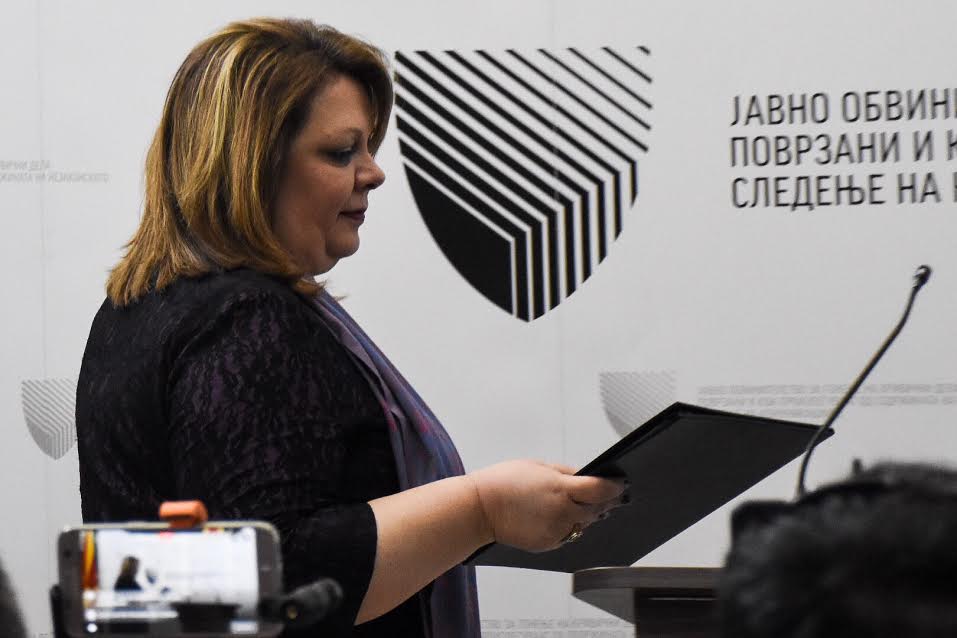 Special Prosecutor Katica Janeva, who is in the center of racketeering allegations after the arrest of her associate Bojan Jovanovski – Boki 13, asked that the SPO office she leads give her a “sick leave”.

The SPO refused to specify what illness is Janeva sick from. She last went to work on Monday, when Boki 13 was arrested attempting to flee into Greece and Janeva resigned shortly after, and had her phone seized by the police while her colleagues publicly denounced her.

Journalists have been camping in front of the SPO, hoping to catch a glimpse of her, andVMRO-DPMNE member of Parliament Blagica Lasovska warned that Janeva may have fled the country. VMRO has been demanding that Janeva is detained since Monday.

It’s been three days and there is no trace of Katica Janeva. For three days she is fleeing her responsibility to provide answers. She keeps collecting her thousands of euros in salary but she’s gone. Rumors are circulating that she left Macedonia. This is not what rule of law looks like, Lasovska said.

Janeva is suspected of sending Boki 13 and an accomplice to extort 1.5 million EUR from one of the richest Macedonians, Jordan Orce Kamcev, promising him that if he pays up to six million EUR, Janeva will drop her money laundering charges against him.

Zoran Zaev pretends to be naive, Lasovska said, referring to the frequently covered meetings Zaev had with Boki 13 and Janeva, and the Prime Minister’s latest claim that he will allow the prosecution to go without obstruction. – We ask, if it’s true that Zaev was partying with one of the suspects in this criminal octopus as recently as last weekend in a cafe in Ohrid? Is it true that a Zaev family member is frequently meeting one of the suspects in a riverside restaurant in Skopje, where they are deciding on who gets pressured next? Is it true that one of the Zaev family members is considered a bagman for one of the suspects and is transporting the money gained from racketeering? If so, what was Zaev’s cut in this?, Lasovska said.