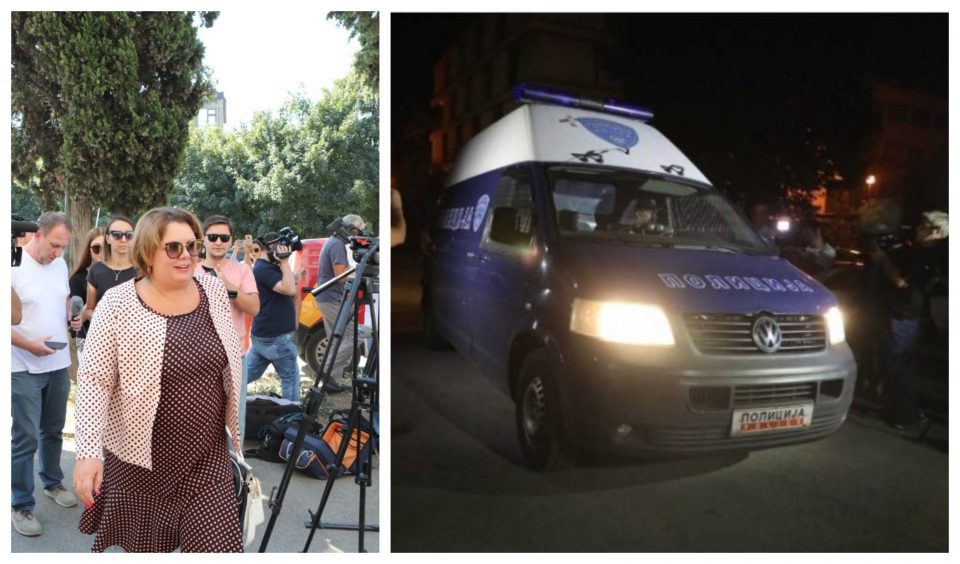 Katica Janeva’s unexpected move today to order her staff to give all their case-files to Public Prosecutor Ljubomir Joveski was met with amazement. Janeva is detained, and as such she should not direcly communicate with other persons or institutions, except through her lawyer, said VMRO-DPMNE member of Parliament Antonio Milososki, adding that the very purpose of her detention is to stop her from influencing the other SPO prosecutors, let alone allowing her to issue direct orders to them.

We are talking about communicating with the very institution which Janeva is charged of abusing in her actions. There are documents, evidence kept in the SPO office, which are important in the investigation against Janeva. Imagine if a Mayor or a judge or a member of Parliament, who is detained, is never the less allowed to keep issuing orders to his subordinates, especially regarding the matter the officials is detained over, said Milososki, who is part of the VMRO-DPMNE team which negotiates with the ruling SDSM party on a new law on state prosecutors which should overcome the crisis situation Janeva caused.

Milososki demanded accountability from Sutka prison warden Esad Rahic for even allowing Janeva to contact her staff. Rahic, a former SDSM party official, had his daughter hired by Janeva in her SPO office.

The SPO was set up in 2015 on the pretext that it will be an elite force which will supersede the much larger OJO office of state prosecutors, which was declared as politically influenced. The SPO jealously fought to take over high profile cases from OJO, and built up cases almost exclusively against VMRO-DPMNE officials, paving the way for SDSM to take over power in Macedonia. The process of moving the case files from OJO to SPO, and the procedures under which the SPO could initiate its own charges, were negotiated at length by the main parties in Macedonia and approved unanimously in Parliament, and Janeva’s letter sent to the SPO is seen as clearly in violation of the law that sets up her office.

Janeva is still the Special Prosecutor, but this is a laughable and absurd situation, and it only reveals the level of incompetence in our institutions. Especially the Council of public prosecutors, which was supposed to move to dismiss Katica Janeva long ago, said lawyer Zvonko Davidovic. He adds that Janeva has no right to order what happens next with the SPO files, especially if her order violates the law that set up the SPO. “What would she do next, demand detention for some of the people she is investigating while she is in detention herself?”, Davidovic adds.

It’s still unclear whether the SPO will respect Janeva’s request.