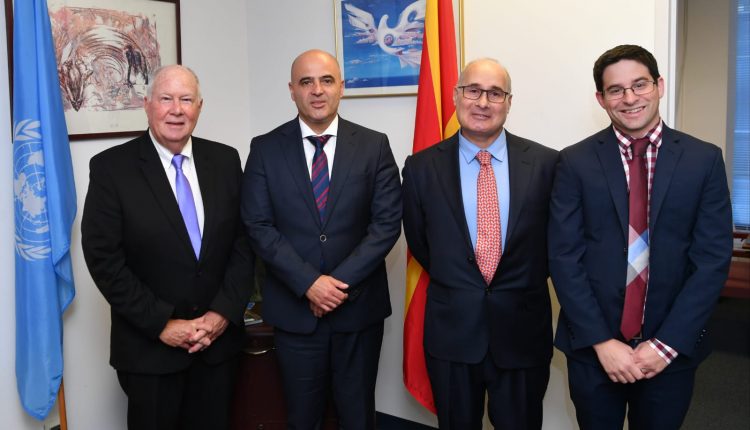 On the sidelines of the 77th session of the UN General Assembly in New York, Prime Minister Dimitar Kovacevski met Friday with a delegation of the American Jewish Committee, led by President Michael Tichnor and Executive Director David Harris.

They also discussed the significance of the strategic partnership between the Republic of Macedonia and the US, and they emphasized that the country remains a stable strategic partner and a proven ally of the US.

At the meeting, it was assessed that bilateral relations between the Republic of Macedonia and Israel are at a high level and that there is great potential for deepening cooperation in the areas of security, economy, trade, but also in energy, agriculture, strata and technology.